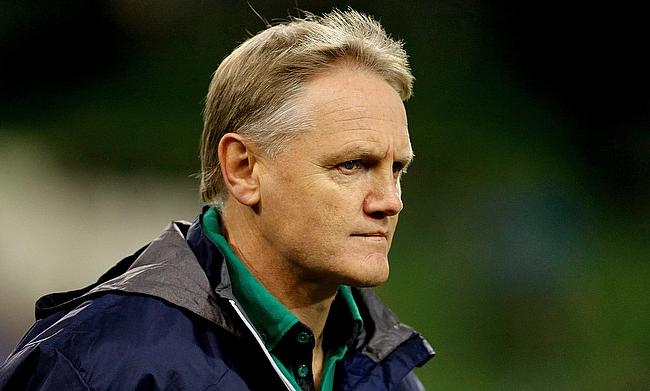 Ireland coach Joe Schmidt will not be part of the British and Irish Lions coaching panel when they tour New Zealand for a grueling tour in 2017.

The Lions are scheduled to play three Tests against the All Blacks while they will also take on the Super Rugby sides apart from their clashes against Provincial Union XV and Maori All Blacks in June next year.

Wales coach Warren Gatland has been named as the in charge of the Lions team and he was already released by the Welsh Rugby Union on a sabbatical to allow him more time to plot the downfall of the back-to-back World Champions.

Earlier, Gatland had admitted Schmidt as a potential option for his backroom staff but the 51-year-old, who led Ireland to a historic victory over New Zealand at Soldier Field last weekend has ruled himself out of it.

"A big part of the motivation for me not being involved in the Lions was going to the USA and Japan and working with this next cadre of players," said Schmidt, ahead of Ireland's autumn Test against Canada in Dublin on Saturday.

"The best of our players will go on the Lions and the more the better. That would be fantastic and hopefully a few more will put their hands up for Warren Gatland on Saturday.

"But the ones that don't go, they will become a really interesting group for us. And for me, I want to make sure I get to know those guys.

"And getting away on tour is one of the best ways to do it."

Initially the former Leinster coach was considered a serious contender to be part of the British and Irish Lions coaching staffs and reports emerged that Schmidt was likely to take in charge of a Super Rugby team on the expiry of his contract with Ireland.

However, he recently signed a contract extension with Irish Rugby Football Union which keeps him committed with Ireland until the 2019 World Cup. Schmidt admitted that the contract extension has changed the scheme of plans for him.

"The situation has only changed availability-wise because I have extended," said Schmidt of his new contract altering the complexion.

"I didn't decide to take up the option of a break clause at the end of June. The contract was there anyway.

"It was just that there was a break clause that I didn't opt for. It meant that therefore I was available.

"I thought even in South Africa (Ireland's three-Test tour in June), those three weeks we had getting to know everyone, you start to assess whatever further development players may have.

"What the ceiling may be for them, and where the progress may extend out to.

However, Schmidt added that he will be happy for his defence coach Andy Farrell, if he makes it on board for the New Zealand tour. Gatland had high praises for Farrell, who was also the defence coach of the Lions team when they toured Australia in the victorious 2013 tour.

"I would be delighted if Andy went," said Schmidt, of Farrell.

"Firstly, because he is a tremendous coach and he does a fantastic job.

"And it would also mean that Andy would keep a bit of an eye on our guys.

"It is certainly one collective but he will be able to give us a bit of feedback on how our guys are going there.

"So we would have both bases covered there. That would be quite nice but those will be decisions that are not mine to make."

With Schmidt and England coach Eddie Jones ruling themselves out of the Lions tour, Glasgow Warriors head coach Gregor Townsend, who will take in charge of the Scotland team next year might be considered front-line choice for Gatland's backroom staffs.