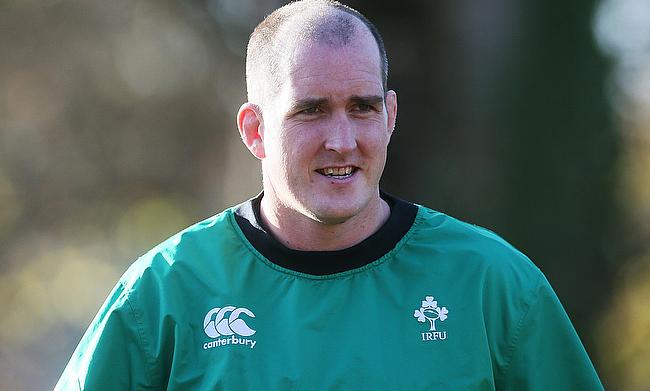 Ireland claimed their first-ever win over New Zealand in 111 years of trying at Soldier Field on November 5, with lock Toner hopeful that historic victory carried with it some vital myth-busting.

New Zealand are gunning for revenge at the Aviva Stadium on Saturday, with Toner challenging Ireland to seize every shred of mental edge from that 40-29 triumph in the USA.

"It's a good thing that we won in Chicago; I didn't want to keep going on having never won against them!

"Everyone's obviously delighted that we did win, and it showed that New Zealand can have off days too. Everyone's human.

"Hopefully it removes the mystique a little.

"But while we know that it was a great performance by us, I think they did have an off day as well.

"There were a lot of uncharacteristic mistakes from them in Chicago and we know it won't be the same this week. It's going to be a completely different challenge this weekend."

The peerless Retallick is almost nailed-on to start after recovering from concussion, while Whitelock must still prove his fitness following ankle trouble.

Toner remains adamant Ireland must crank up the pressure on New Zealand again, in a bid to unsettle the finally-fallible back-to-back world champions.

"I think how we did so well in the last game was pressure: we built it through getting pressure off their lineout, getting up off their line, making them knock the ball on and putting that little bit of doubt in their head," said Toner.

"I think that doubt and that seed is sown now. They know we're a good team and we can get in their face.

"If they start sticking passes and getting the offloads they're a different machine. But hopefully we're in the back of their heads now.

"Everyone's talking about a potential New Zealand backlash but from our point of view we have to back up what we did in Chicago.

"We'll be hugely disappointed if we go out and we lose because we don't perform to the best of our ability.

"We know that we're a good squad, we know we're talented. So if we don't live up to that ability to perform, that would tarnish the Chicago result."