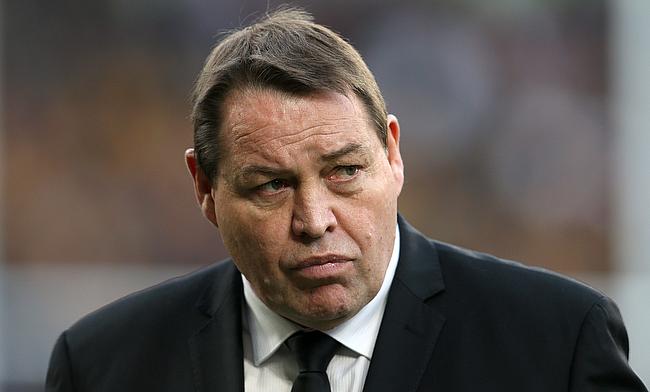 New Zealand head coach Steve Hansen believes his team will be the underdogs in the clash against Ireland at Aviva Stadium on Saturday.

With a win percent of 92 to his name in four years, Hansen also led New Zealand to World Cup triumph in 2015 and also had an 18-match unbeaten streak with the All Blacks before they faced a resurgent Ireland team on 5th November in Chicago.

Joe Schmidt's men stunned the rugby fraternity with a 40-29 victory at Soldier Field which was also their first win against the All Blacks in 111 years.

With New Zealand set to lock horns with Ireland for the second time in three weeks, Hansen believes the home side will begin the game as favourites after their heroics in Chicago.

The reputed lock pair of Brodie Retallick and Sam Whitelock has returned to the New Zealand line-up while Israel Dagg has been preferred on the wing.

"As expected, there is huge excitement and anticipation within our squad ahead of this weekend's Test against the Irish," said All Blacks head coach Hansen.

"While there was obvious disappointment at the loss in Chicago, disappointment doesn't win Test matches - it's about having great preparation and attitude, and delivering on the day.

"We know the challenge we face from Ireland will again be massive and we are going into the game as the underdogs.

"They'll be full of confidence and committed to delivering on their home patch.

"So we will have to take a massive step up, to get the performance we are looking for.

"It is a challenge that this team needs right now and how we respond will tell us a lot about ourselves. As I said, we are very much looking forward to Saturday."