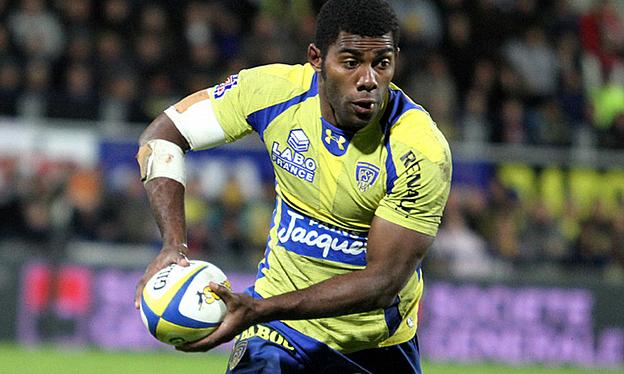 Noa Nakaitaci has been called up by Philippe Saint-Andre
©PA

The Fiji-born 24-year-old toured New Zealand with his adopted national team in 2013, and scored a pair of tries in a tour game against Auckland side the Blues.

But he missed out on a Test debut and had fallen out of favour, which led to speculation over whether he would seek to play international rugby for France or Fiji.

The chance to impress Saint-Andre at the start of a World Cup year now presents itself.

Saint-Andre said at his squad announcement on Thursday, according to the Le Figaro website: "He has become an undisputed first choice at (Clermont). He scores tries and makes differences. He has progressed enormously this season."

Nakaitaci told newspaper Le Monde in November he was committed to representing France, saying: "It's here that I've developed and learned a lot.

"It's here that rugby has become a real job for me. If I continue to play well every weekend, why not play at the World Cup. I don't think about Fiji."

France will have a training camp from January 25 to February 1, and begin their Six Nations campaign against Scotland on February 7 in Paris.

Experienced hooker Dimitri Szarzewski misses out, with Guilhem Guirado and Benjamin Kayser selected ahead of the Racing Metro man.