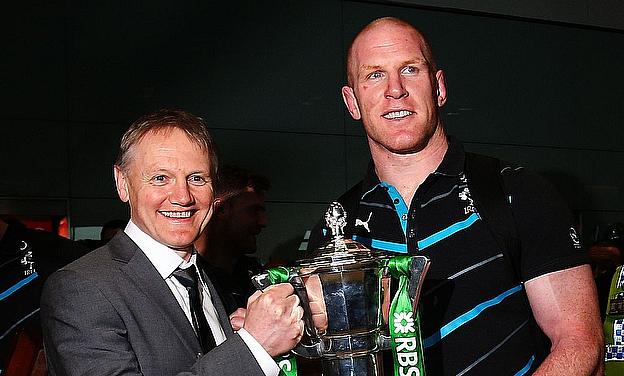 The pinnacle of the RBS 6 Nations finished in traditional style this weekend with the mouth-watering prospect of a ‘Super Saturday’ – six teams, three games, three potential winners…

After the weeks of hype, talk and action the final weekend of 6 Nations fixtures was upon us, with matches in Rome, Cardiff and Paris both sides of the Channel were engulfed within international action.

For the first time since 2010 Wales were out of the running, with a disappointing campaign and just four points to their name before they took on Scotland at the Millennium Stadium.

The competition, essentially, was Ireland’s to lose: level on points with England and France before the weekend the men in green just had to win in Paris to seal the crown, thanks to their superior point’s difference.

A win for the Red Rose in Rome would have given the English a fighting chance, should Ireland lose and France, rank outsiders, needing a victory of their own and an English defeat to see the title held in France.

Saturday’s play got underway on a glorious spring day in the Italian capital, as Stuart Lancaster’s men endeavoured to pull-off a real ‘Italian Job’ and put as many points past the Italians as possible.

However, despite a thumping victory over a disappointing error ridden Italy, where the English put themselves forward as serious Rugby World Cup contenders, the men in white fell short of the required 51-point winning margin, meaning Ireland’s win over France later on in the day secured the Championship.

But they ended their campaign on a high after running in seven tries against a side which had held them to a combined margin of 13 points in their previous three victories in Rome.

Two tries from the exceptional Mike Brown and one apiece for Owen Farrell, Jack Nowell, Manu Tuilagi, Mako Vunipola and skipper Chris Robshaw blew the disappointing hosts away, with Farrell converting all seven and adding a penalty in a fine display. 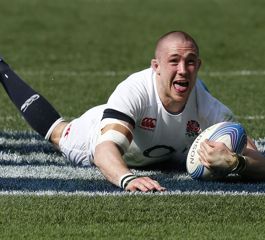 The Harlequins winger continued his inspirational play in Rome with a brace of tries, as he solidified himself as one of the world's best full-backs, before being named one of the players of the tournament.

After the game an impressive English side, who fell just short of their target, looked a side who had given it their best shot, with much promise before for the future.

Lancaster then vowed that England will face New Zealand on their summer tour with “all guns blazing”, catalysed by the confidence generated by a pleasing 6 Nations.

While a first Triple Crown since 2003 has failed to provide the elusive first piece of meaningful silverware of Lancaster's reign, progress has been made on multiple fronts.

A developing attacking game, forwards capable of trading with any pack and the apparent solution to the long-standing midfield conundrum are among the developments to have brightened England's outlook.

The ultimate test comes in June, however, when three internationals against the All Blacks will offer guidance on just how good England have become as they prepare to host the World Cup next year.

"New Zealand is a very tough place to go, as people have found. There will be no end-of-season tiredness in us whatsoever," Lancaster said.

"We will go out there with all guns blazing and have a really good crack at it as we believe we can win down there.

"We pushed New Zealand close in the autumn and have beaten them once before.

"We have taken confidence from this Six Nations campaign and the momentum of our season in general.

"As long as we keep our momentum going the players should be peaking for the end of the season.

"I have restated to the players the point that the season finishes on June 21.

"The players are really excited by the tour. They have loved their time with England in this campaign and coming together as a group.

"Obviously there is frustration that we haven't quite got across the line in the Six Nations, but that can be channelled into more positive performances in New Zealand."

The focus of the side and the rugby world turned their attention to Paris and the competition’s final showdown between the home side and the expectant Irish.

However before the competiton culminated in the French capital, there was another game on the cards; although a dead-rubber between the Welsh and Scottish, the game was a try-fest of excitement before the main event.

The Welsh, who have endured an under-par 2014 campaign, raced to a record victory and their biggest Six Nations win of all time, running in seven tries against a bitterly disappointing Scotland, hindered by a Stuart Hogg red card.

The Scottish full-back was dismissed in the 22nd minute for a late shoulder charge on Wales fly-half Dan Biggar, with the hosts leading 10-3 at that point. 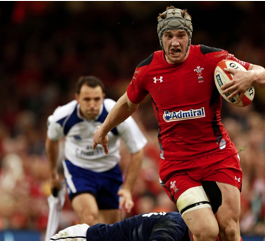 The instrumental Welsh and British and Irish Lions centre enjoyed putting Scotland "to the sword" under the lights at the Millennium Stadium.

Referee Jerome Garces initially showed Hogg a yellow card, but changed it to a straight red after watching a replay on the stadium big screen.

The final game was the icing on the disastrous cake that has been Scottish rugby so far this year, with the narrowest of wins in Rome their only reward and reason they’re not at the bottom of the table.

But there will be no Grand Slam or third consecutive title for the Welsh this season, and the fact they played against 14 men for an hour will cast some doubt over the significance of this performance, coming after their poor display in the 29-18 loss against England.

It was, however, a fitting tribute to Wales’ loose-head Gethin Jenkins, who became his country's most-capped player on his 105th appearance.

After the game Welsh centre Jonathan Davies spoke about putting Scotland “to the sword”.

"It was nice to get a bit of ball in some space," Davies said.

"Obviously, them being down to 14 men helped us, but we had to make sure we used the ball effectively. We scored some good tries.

"Opportunities came and we took them. The best teams in the world finish off teams - they put them to the sword.

"That is what we talked about when they went down to 14 men, to keep going for the whole game. To be fair to Scotland, they kept the ball in the second half, but we were always in control."

Wales, though, paid the price for no-shows against Ireland and England this season - they conceded a total of 55 points in those games and did not score a try - and it cost them all hope of a successful Six Nations title defence.

"We have been inconsistent at times," Davies added. "It is a sign of where we are as a team that we pride ourselves to be competing for championships.

"It was weird not having something to play for this week, but we showed the character of the team. We just need to make sure our accuracy, how we use the ball and where we play gets better.

"Considering we put some pressure on ourselves to deliver a performance (against Scotland), I thought it was pretty good."

So the competition culminated in its final match where the Irish gave Brian O’Driscoll the perfect send-off with a nail-biting victory over France at the Stade de France that saw the victors lift the title.

Ireland needed to win in France for only the second time in 42 years to pip England, who also finished with four wins, on points difference.

Jonathan Sexton and Andrew Trimble scored tries for Ireland in the first half but Ireland trailed 13-12 at the break, Brice Dulin having crossed for the hosts. 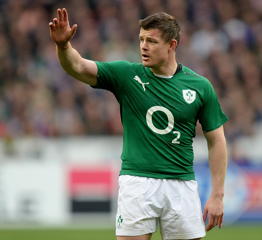 The unquestionable BOD capped off a glittering career as one of the best international rugby players of all-time with a 6 Nations title in his final game.

After the restart Sexton and Dimitri Szarzewski exchanged tries, Jean-Marc Doussain missed a late penalty and Damien Chouly had a last-minute try disallowed for a forward pass.

There was one little bit of magic left in the glorious career of one of the greatest centres and players of all time, Brian O’Driscoll, as he bowed out from international rugby with a title to his name.

It was a fitting way for O'Driscoll, playing his 133rd Test for Ireland and 141st in total, to go out after 15 remarkable years at the top of the game.

O'Driscoll was given a rapturous welcome by the Stade de France crowd and it proved to be an emotional farewell for him and the travelling Irish faithful.

The Irishman counted himself “extremely lucky” after the game; admitting that he would be loath taking off an Ireland jersey for the final time.

The Leinster stalwart said he could not quite believe the time had come when he would never represent his country again.

"I played on for one more year hopeful to get a victory against the All Blacks - that didn't happen - and to win a Six Nations, and that did happen," said O'Driscoll, who will retire in the summer with a second Six Nations title to add to the 2009 Grand Slam.

"You can't have it all, but you take the bits that you get.

"Not many people get to finish their career on their own terms - certainly not with high emotions like today. I'm extremely lucky and thankful to have been a part of a great, great team.

"It's been a fantastic Six Nations for us. I've enjoyed every second.

"I don't really want to take this jersey off yet, because I know when I do it's the last time.

The former New Zealand schoolteacher said O'Driscoll's legacy will start with Robbie Henshaw and Darren Cave picking up the slack in his absence, having learned international outside-centre play at first hand.

"I've worked with Brian for four years now, and he's a man I respect hugely," the former Leinster boss said.

"He's a player I really enjoy coaching. His work ethic is massive.

"If you think you've got to where you need to be, and you're talented, to work so hard that you maximise those special attributes, the example he sets with his character... All that I will most certainly miss.

"At the same time he's been quietly grooming a couple of guys to come in.

"I don't think they can come in and fill his shoes straight away - they will have slightly smaller feet.

"But hopefully they can grow into them."

Schmidt said Ireland's stars have earned the right to celebrate an icon's international retirement, especially after rejecting the emotion of O'Driscoll's farewell all week.

"We did it a little bit last week; there was a fantastic ovation in Dublin," he said. "This week we did nothing.

"I mentioned it once pre-game and it wasn't mentioned at all, all week.

"The team were very conscious of it, and it didn't demand mentioning.

"They wanted it to be special for him, and I think they achieved that."