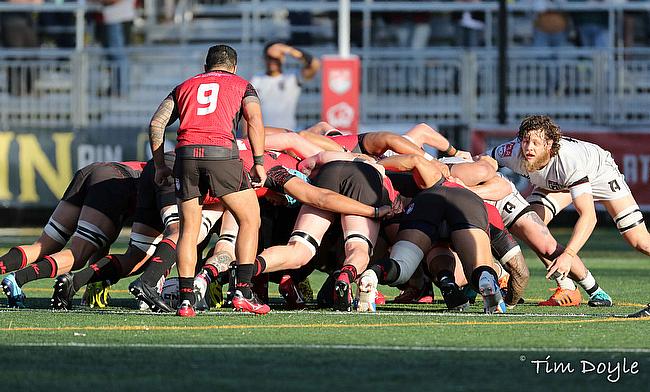 Mark Winokur on Building the Toronto Arrows
Dave Clancy - Developing America
Blaine Scully: We have a lot of things we need to work on
MLR 2020: Week Four
Mtawarira is the big star in Washington, but Mason is making his mark in MLR

It has been two and a half months since TRU has provided an update of the goings on of Major League Rugby, so Joe Harvey has done just that.

When MLR made their initial announcement that they would be shutting up shop for four weeks after the fifth round of fixtures, a return always seemed unlikely. A further postponement meant there would be little time to cram in all the remaining matches ahead of a showpiece final, so the year was made void and will be nothing more than a footnote in the competition’s history.

However, that does not mean that there has been a lack of talking points despite Ma’a Nonu and Mathieu Bastareaud returning to their home countries prior to borders closing down.

As of May 2nd, Colorado are no longer part of Major League Rugby. There had been rumblings prior to the 2020 season that the side were considering pulling out of the competition if the season had been completed regularly, and those rumours were simply true.

A storied side prior to Major League Rugby, having won two Pacific Rugby Premiership titles under Huddersfield backs coach Andre Snyman this last decade, the team has fallen off competitively in the past two years of competition.

Reaching the final of MLR’s first year, the club has been unable to reach those heady heights since. Having made the splashy signings of All Black Rene Ranger and Wallaby Digby Ioane, it seemed that the team were going to challenge in 2020.

Winning two games this season, they bowed out of the competition, citing the global health crisis as a catalyst for doing so. More than anything, it is a great shame to see a side that has been the heartbeat of USA Rugby for some years now leave a thriving club competition.

Ultimately, their reason for leaving the competition is their own and it is not something that many will be completely privy to. However, it does leave a lot of US-based players, who were progressing their rugby careers as professional players, without both income and an idea of where they could be lacing up their boots next season.

MLR announce there will be a draft

Two months ago, MLR announced that their first ever draft would be taking place in mid-June. A common-place practice in US sports, the draft incentivises athletes to gain an education alongside playing their sport prior to going professional.

Despite transitioning from football to rugby only four years ago, Cole Zarcone has stacked up a lengthy resume of awards.

In the MLR Draft, this is no different and many of the best college rugby players will be hoping to be selected come June 13. The Toronto Arrows will not be taking part in the draft having already established an academy system in Ontario and players enrolled at Canadian universities are not eligble for the draft.

In many ways, this was the missing piece of the puzzle for the longevity of the sport. Players at high school now can see that there is a pathway to the professional game in America and may be less inclined to give up the sport with more options now available to them.

Players looking to take part in the draft must also have been enrolled at a US college for at least three years and part of their college’s rugby programme for a minimum of one year. This will in turn feed the national team for years to come and no doubt strengthen the college game with more players potentially taking up the sport at that level.

A new team in California

A more recent development has been the announcement that Los Angeles will be the latest city to host a Major League Rugby side. Their name alone, the LA Giltinis, has sparked some controversy amongst the league’s group of supporters.

The Giltinis share ownership with the Austin Gilgronis, with both being headed up by Australian businessman Adam Gilchrist.

Gilchrist has trademarked names for a range of cocktails beginning with ‘Gil' and for the hardcore fans, a second team name being used as a marketing tool for something separate for rugby has stoked fears that the game won’t be taken seriously due practices of this kind.

Regardless of this, the prospect of a second MLR team in California is a welcome one. It is a state with an extremely strong rugby history with many of the 1920 and 1924 Olympic rugby teams having come from the state’s college rugby programmes including the legendary Rudy Scholz.

Sharing facilities with UCLA, the side is due to be coached by Australian Darren Coleman with former Aussie Sevens Coach Stephan Hoiles appointed as his assistant.

Ultimately, little matters about the names and advertising of clubs as long as they try to progress the sport in the local area and the ownership have made a promise to do so. It will be exciting to see who the side pick up in the draft but we all know that there is plenty of time until league action takes place in North America.