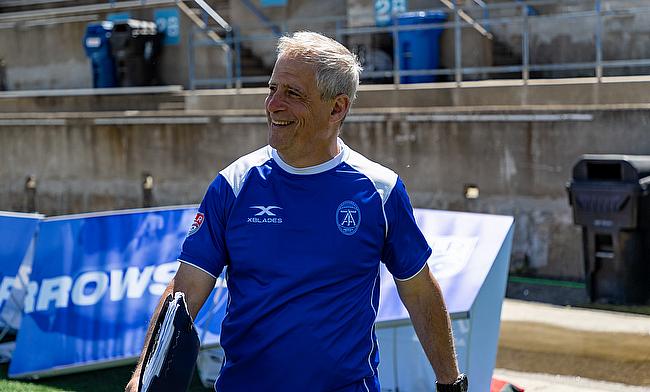 Mtawarira is the big star in Washington, but Mason is making his mark in MLR
No looking back for Toronto in Major League Rugby
Free Jacks excited for debut MLR season
'We're looking to be the that factory of the Canadian national team' - Aaron Carpenter on the Toronto Arrows

When the Toronto Arrows were inducted into Major League Rugby, it marked a changing in the tide for the sport in Canada.

Never before had there been a professional rugby union side in the country and the Arrows were very much starting from scratch in the development of a full-time environment.

General Manager and Vice President, Mark Winokur, is the man charged with the establishment of this professional side. Bringing together a team, which has its roots in the Ontario Blues provincial setup and contains very few players with prior professional experience, the Arrows have only lost six games in their one full season and part-season this year.

For so long in Canada, rugby has been played entirely for the love of the game. The only place that has been close to replicating the professional environment has been university programmes. Hooker, Andrew Quattrin, is perhaps the best-case study of this. Directly out of Wilfrid Laurier University, the forward started all of Toronto’s MLR games in 2019 before playing at the World Cup in Japan.

“The university system here is pretty well developed,” Winokur said. “It’s been around for decades and it is a compressed season, but it is the closest thing we have ever had here to a high performance, daily environment.

“The club system in Canada is completely recreational, whereas universities get together for 10 weeks, in a daily training environment, have access to gyms, which is much closer to the professional game.

“So, we tend to spend a lot of time studying a university rather than the club game where there is a 45-year-old lock and a 40-year old winger. That doesn’t really give us much hope, so the university system is a real boon for us.”

Major League Rugby, for some, has become the place to wind down their careers and have one final experience before retiring. All in their 30’s, the likes of Ma’a Nonu, Joe Pietersen and Rene Ranger have all joined the competition as what is potentially a final swansong in their storied careers.

"Thank you to our passionate fans for their ongoing support. You’ve been behind us through thick and thin, and we can’t wait to play for you for many years to come."

At Toronto, there have been no such players. In 2019, there was just six non-Canadian names on the Arrows roster and in 2020, there was seven. Their foreign imports largely come from South America too, with Toronto playing host to two of Uruguay’s Rugby World Cup heroes. Winokur says that the Arrows’ local talent focus is the only way to be sustainable.

“Other teams make the argument that we have the run of the whole country, which is not true,” Winokur said. “We came into the league in its second year and there was quite a few Canadian players already signed to US teams. We just feel that the only sustainable player pathway is to develop local talent.

“It simply isn’t sustainable to be calling agents every year and trying to sign players in South Africa, New Zealand and England to come over and give you a mercenary year. That is not a sustainable process. Given that we are the only team in the country, we’re going to try and give opportunities to Canadians first and, on balance, it has worked.”

Not content to just supplying the national team with homegrown and home-nurtured talent, the Arrows are also hoping to aid the country with its next injection of coaching talent. Aaron Carpenter, who spoke to TRU ahead of Toronto’s debut season in MLR, was recruited in unique fashion before becoming an assistant coach with the side.

“He (Carpenter) got knocked out in a Canada test in Spain in 2017 and literally called me from the changing shed to say ‘I’m done, what do you think?’,” Winokur said. “Brett Beukeboom is another one that has just retired playing professional rugby in England and he’s back here now and I think he’s another we could encourage to get involved.

“We feel like Canadian coaches are just as good as anyone else and if we are not developing them, then we are just going to get a hodge podge of overseas theories in front of us and that won’t help either.”

In recent years Rugby Canada has made steps forward to developing their young talent through the Pacific Pride programme. Led by Kingsley Jones, Rugby Canada has secured former captains Jamie Cudmore and Ray Barkwill to coach the next generations.

Four members of the Arrows own academy system have gone to the Pacific Pride setup in British Columbia. Winokur, who is perhaps the most embedded man in Canadian rugby, says that the Arrows are the next step for those wanting to further their rugby careers after graduating from the Ontario Blues system.

“I think the Ontario system produces around 13 age grade sides,” Winokur says. “We are going to continue to develop those players once they come out of the Ontario age grade system. They then go into our academy and once they have proven themselves at the academy level, they come to us.

“I don’t think that is going to simply dry up, that’s the whole point of having an academy, to foster new Ontario players to come into the team. We have a really strong team culture that was built on the Blues. The fact that some of these guys have played together for a dozen years makes it very relaxed and respectful.

“Relaxed in that; there are not a lot of rules. But respectful in that; we are all working toward a goal and if you can’t pull your weight, then you can’t be a part of it. Culture is our number one thing that we look for when signing a player. We’ll keep that going to enhance the Ontario guys as long as we can, so I think that whilst you might see the names change, i don’t think you’ll see the culture change.”