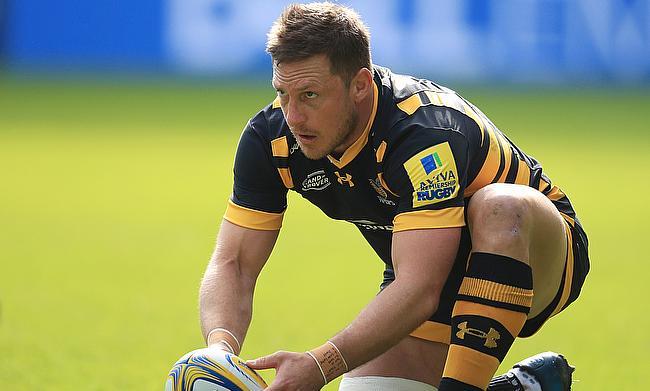 Wasps now look far more likely to be playing some Premiership play-off rugby this season as Lee Blackett's side clinched their third win on the bounce after blasting past Leicester Tigers.

As they have regularly done since the resumption, it was Leicester who started the brighter. Early enthusiasm paid off too as Steve Borthwick’s side scored the first try through lock forward Cameron Henderson. Zack Henry converted and it took Wasps until what was virtually their first visit to the Tigers 22 to bring things even.

James Gaskell collected the ball from the lineout, starting a driving maul. That maul ultimately came to nothing, but Dan Robson fizzed a pass to former All Black Malakai Fekitoa who got beneath his oncoming tackler to register Wasps’ first try of the fixture.

After Jacob Umaga drew the scores level with his conversion, each side settled somewhat. Possession of the ball changed hands regularly and neither team made a lot of headway as a result, but Wasps did go into the lead with a seven point advantage thanks to another physical try.

This time it was the turn of Tom West to be driven over after Wasps had pinned Tigers in their own 22 once more and they secured the full points on offer after Umaga converted.

It was in the second half that Wasps started to take hold of the game further. Back to back tries from 19-year-old Alfie Barbeary put clear daylight between the two sides. One try was opportunistic with the backrow drifting onto the wing to race home whilst his second score was combative as the youngster carried hard beneath the posts. Umaga converted one of these tries.

The fly-half would add seven points to his tally not long after. A lightning move put together by the backline that included Ryan Mills, Fekitoa and Matteo Minozzi saw Umaga score in a central position, meaning that he was able to convert his own try.

A blunt and brutal assessment of the unacceptable loss from Ellis Genge on ????????... pic.twitter.com/QKlY09GYIb

Barbeary’s hat-trick would be completed not long after. The excellent Jack Willis chased a kick down and the ball was offloaded to the 19-year-old off the ground. With clear space for him to slide beneath the posts, he duly delivered, offering Umaga his final points of the day.

It was an evening for the youngsters as Sam Spink registered another try for Wasps. Again, it was a move manufactured from the backline, the likes of Marcus Watson and Jimmy Gopperth combining. The latter converted to extend their lead further.

Wasps’ finger remained on the trigger as they scored again, this time through Zach Kibirigie. The former Newcastle man was sent over by the hat-trick hero, Barbeary, who had identified the space for his winger. Gopperth converted from the angle to make it a 47 point deficit as the Tigers licked their wounds.

It is hard to know exactly what positives to find for a side that lost as heavily as Leicester. As they have done consistently, they started brightly in the first quarter, but performances prior to the water break mean nothing if you can’t back them up.

As Geordan Murphy said himself, Leicester were beaten in every facet of the game. It was far from pretty and you always look for positives in defeat, but you can only imagine that there will be some hard truths at training soon as recent performances are far from what you expect for players lining up in a Leicester jersey.

Everyone was aware of the building job that Steve Borthwick had coming to Welford Road, but the job seems to be bigger than expected.

"That's a step backwards for us, we have made progress in every other game and that was clearly not good enough," Geordan Murphy said after the game. "I would speculate that every fan who is hugely disappointed and feeling sick is nowhere near as sick as myself or the coaching group are.

"I have been here for a very long time and that is probably the biggest defeat that I have been involved in and it is not pretty. I feel like I have been punched in the face, quite a few times, but there is not a lot I can do about it now. We have got to learn the lessons and it is another four day turnaround and we have to somehow try and get back on the horse because that was hugely disappointing, not good enough and my responsibility."

As for Wasps, they were picture perfect. Everything they did and wanted to do came off. Scoring 54 unanswered points against any side is remarkable and highlights the pressure that Wasps were putting their opposition under.

Lee Blackett would have no doubt been delighted with the performances of so many of his players, but at the top of that list would have surely been Alfie Barbeary. A 19-year-old hooker playing in the backrow - Ashley Johnson-esque you could say - he scored three tries and even assisted one more. A real talent and someone for the coaching staff to nurture.

"I don't mind where I play, as long as it is not at prop or anything like that," Barbeary said. "I am really happy playing wherever I feel comfortable, playing in a new role, wherever they want to put me really. I have got great players behind me who help me in every way. So, people like Jack Willis, Youngy (Thomas Young) and Brad (Shields). They just help me and are so supportive in learning new roles. I have just got to take it in my stride really."

Jacob Umaga, too, was phenomenal. Only 22 and playing beyond his years, you can be pretty sure that the fly-half will pull on an England shirt soon enough and he controlled this game immensely. It was an active backline as well and at the end of the match, they were almost able to score at will, scything through a Leicester defence that had nothing in response.