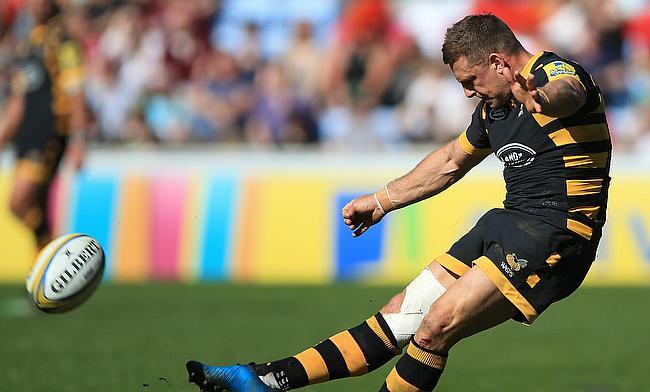 Wasps’ ‘winning environment’ driving them to the play-offs
Exeter Chiefs name side for Premiership play-off game against Bath Rugby
How COVID is taking its’ toll on Rugby Union
“Let’s not see it as pressure, let’s see it as an opportunity”: Bath and Bristol prepare for play-off weekend

It has been a phenomenal season for Wasps. At their lowest Lee Blackett’s side found themselves in tenth, a far cry from the playoffs.

One pandemic and national lockdown later, the Coventry-based side will be going to Twickenham following a convincing victory over Pat Lam’s Bristol.

In the opening half of rugby, Wasps really put their marker down. They scored the first try in the opening ten minutes, a chip through pounced upon by Malakai Fekitoa after the ball sat up nicely for the former All Black. Gopperth added the extras to begin his points scoring, but it would be the final act for Fekitoa as he was replaced by Michael le Bourgeois.

Two penalty goals for Gopperth would follow, taking Wasps further clear of their visitors but Bristol would not be scoreless at the half.

A tap-and-go following a penalty left space on the right wing and with the Wasps defenders being dragged in thanks to the ferocity of Bristol’s attack, it allowed ample room for Andy Uren to find Luke Morahan out wide who walked over. Callum Sheedy could not convert his teammates try.

Wasps struck back as Jack Willis’ score in the 34th minute would give Gopperth the final points of the half. The young back-row drove himself over after the home team had camped themselves in the Bristol 22 following a break from Thomas Young.

The sides came out after the break evenly matched. Bristol opened the scoring, but it could have been more for the Bears. Jack Willis held the ball up brilliantly, but he was unable to halt the visitors again when Harry Thacker rumbled over at the back of a driving maul, a try that Callum Sheedy would convert.

Wasps would start to take the points when they were on offer as they looked to edge closer to Twickenham with Gopperth collecting another three from the tee to make it 26-12.

He would be on target some minutes later when converting the opportunistic score by Dan Robson, who went quickly following a maul that was dragged down illegally, catching the opposition unaware.

Opportunism became the order of the day from that point onwards. First, it was Zach Kibirige as the wing scooped up a loose Bristol pass from the floor to charge over near the posts before Matteo Minozzi slid over in the corner following Josh Bassett’s quick thinking. Each try was converted by Gopperth.

Bristol would score again, this time with six minutes on the clock. Max Malins offloaded in contact to find a free Piers O’Conor and the makeshift wing was able to find Randall in space once the defender was attracted to the former Henley man. Sheedy was able to convert but it was a little too late for any significant resurgence.

Malins added another try with two minutes left as the Saracens loanee chipped through and scored in the corner, but it was too far out for Sheedy to convert.

The Wasps story would have felt a bit hollow if they didn’t win today. So far out of contention when Lee Blackett took charge of the side in February, if they had fallen in the semi-finals, it is easy to imagine that many would have forgotten the team’s achievements ahead of the 2020/21 season.

Clearly with the self-belief today, it was Wasps' enthusiasm and aggression that took them to the Premiership final. Forcing 23 errors from Bristol in open play, it is easy to forget how good their defence is. Whilst capable of scoring tries with ease with great talent across the field, as well as in their squad too, Blackett’s side have barely blinked regardless of their opposition.

As I write this, Exeter’s semi-final against Bath is taking place and whoever Wasps come up against, Blackett's men will no doubt provide a stern challenge, having lost just once since February.

Bristol made it more than clear that their goal for the 2019/20 season was to finish in the top six which they have achieved in style, but it seemed today that both the pressure from Wasps, and maybe even nerves, counted against Pat Lam’s side.

Often having extended periods of possession, there was at times a lack of a spark. That is really the reason why all of their scores came from a moment of individual brilliance, Max Malins’ late try symbolic of this.

It is by no means a negative way to end the season, a Premiership semi-final a brilliant achievement for any side. Lam can look at the objectives he set out last summer and confidently say that his team has either achieved or exceeded the expectations he had for them with a Challenge Cup final still to come in the south of France.