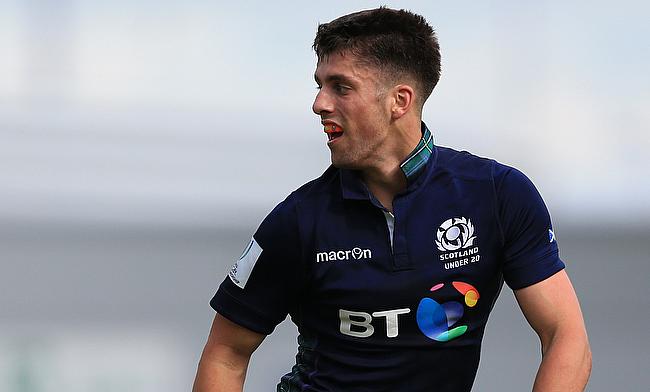 Glasgow Warriors capitalised on a red-card to Sam Lousi as they went on to beat Scarlets 20-7 in the second round of Pro14 at Scotstoun Stadium.

This is Glasgow's first win of the tournament as they moved to third in Conference A while Scarlets are at fourth place in Conference B.

Both the teams were struggling to get their first points on the board in the initial stage before the deadlock finally ended in the 29th minute when Adam Hastings slotted a penalty goal to get Glasgow off the mark.

The home side stretched their lead further when Oli Kebble dotted down in the 32nd minute that Hastings improved before Josh MacLeod limped off the field for the visitors.

The start of the second half saw the Welsh regional side as Lousi was sent-off for a high tackle on Ratu Tagive with the latter leaving the field with a head injury.

Glasgow made most of the numerical advantage with Ryan Wilson crossing over in the 46th minute and Hastings kicked the conversion and a penalty to make the scoreline 20-0. Scarlets also had their injury concerns with Blade Thomson leaving the field with shoulder discomfort.

Scarlets tried to fight back through Samson Lee on his 150th appearance scored a try in the 59th minute and Leigh Halfpenny kicked the conversion that reduced the deficit to 13 points.

The start of the final 10 minutes saw Glasgow lose Richie Gray and Nick Grigg to sin-bin for repeated infringements and high tackle respectively but despite that they did well not to concede a point as they completed a 13-point victory.