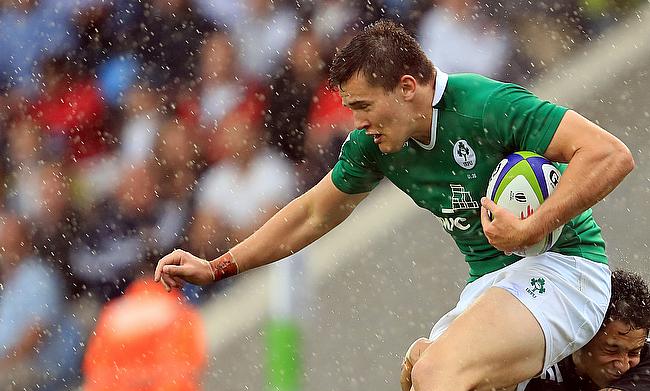 Ulster overcame a red-card to Iain Henderson as they defeated Ospreys 12-24 in the second round of Pro14 at Liberty Stadium.

This is second win for Ulster as they are second in Conference A behind Leinster with nine points while Ospreys are at fourth place.

Ospreys started the game with an unchanged side but they suffered early setback as the Irish side grabbed a pass from Ian Madigan to score the opening try in the 8th minute and John Cooney kicked the conversion to make it 0-7.

Ospreys bounced back with a penalty from Stephen Myler in the 22nd minute but Cooney negated his effort with a three-pointer 10 minutes later. At the stroke of half-time, Myler slotted another penalty kick as the opening half ended with a 6-10 scoreline.

Ulster extended their lead further with Marcel Coetzee dotting down early in the second half but back to back penalties from Myler helped Ospreys reduce the deficit to 12-17.

As the final 10 minutes kicked-off, Rob Lyttle sent an inside pass to Cooney as he scored a converted try which made the scoreline 12-24 but they had a scare with Henderson red-carded for a shoulder charge on Dan Evans but the home side could not quite capitalise on the advantage allowing the Irish side to complete a 12-point victory.