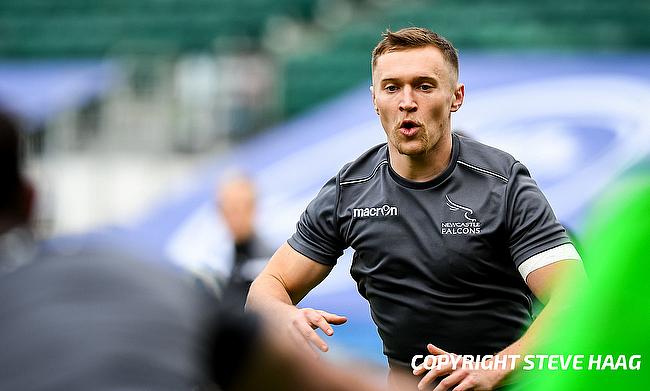 Newcastle Falcons brought an end to a 11-game losing streak in the Gallagher Premiership as they defeated Worcester Warriors 45-10 in the latest round at Sixways on Saturday.

This was also Newcastle's first win in 2022 as they climbed past Worcester Warriors to the 11th place.

Worcester started the game with a setback as full-back Noah Heward was forced to leave the field with an injury with Perry Humphreys replacing him.

The opening points in the game came in the 4th minute when the competition's leading try-scorer George McGuigan went over after collecting an offload from Josh Basham. Brett Connon kicked the conversion to take the visitors to a 0-7 lead.

The start of the second quarter saw Humphreys diving in the left corner to get Worcester off the mark but Fin Smith's conversion went wide. Newcastle had the strongest of the finishes to the opening half as Connon scored between the posts at the back of a 40m line out and Adam Radwan followed the suit following a a 50-22 from Carreras making it 5-21.

Connon continued his impressive run as he slotted a penalty goal in the 45th minute to get the visitors off the mark early in the second half and the bonus point came in the 51st minute when McGuigan, Trevor Davison and Greg Peterson combined to send Louis Schreuder over the line making it 5-31.

With 15 minutes left in the game, Trevor Davison scored down the right-hand side to make it 5-38. The final 10 minutes saw Ted Hill and Jamie Blamire exchange tries as the Falcons went on to complete a 35 point victory.