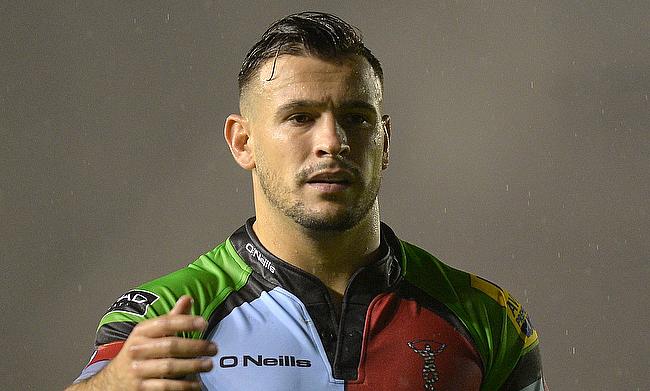 Danny Care was one of the try-scorer for Harlequins
©PA

Defending champions Harlequins kick-started their title defence with a 26-20 win over Newcastle Falcons in the opening round of the 2021/22 season of the Gallagher Premiership at Kingston Park Stadium.

The Quins had a slender 14-12 lead by the break time which they managed on to hold with Danny Care scoring in the second half.

Both the teams were desperate to start the game well but TMO was called on early as Andrew Jackson's effort went unrewarded while Quins had Andre Esterhuizen try disallowed due to a forward pass.

The deadlock finally came to an end in the 11th minute when Louis Lynagh capitalised on a long pass to dot down in the 12th minute that Tommaso Allan converted. The visitors increased their lead as Joe Marchant grabbing on an offload from Allan touched down in the 21st minute. With Allan also slotting the extras the scoreline became 0-14.

The response from the Falcons was swift as they scored back to back tries in a span of five minutes with Adam Radwan collecting a Brett Connon pass to touchdown in the 23rd minute and Iwan Stephens followed the suit to score his debut try in the 28th minute as the teams went into the break with a 12-14 scoreline.

The Quins were the quickest to get off the block in the second half with Lynagh completing his second try of the game in the 44th minute but Allan's conversion went wide making it 12-19. The Falcons clawed their way back into the game when an interception from Sean Robinson allowed Louis Schreuder to run a 50m try in the left corner bringing the gap down to two points.

However, the bonus point was claimed by the Quins in the 59th minute with Danny Care diving under the posts and Allan improved it making it 17-26. The hosts came close through Will Haydon-Wood's 40m penalty kick in the final minute but could not quite cross the line as they succumbed to a six point defeat.