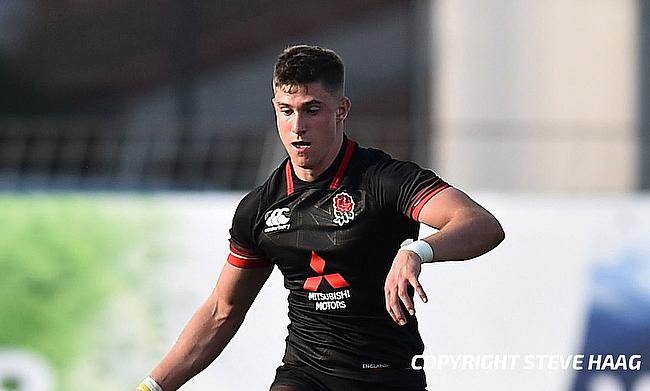 James Grayson contributed with 19 points as Northampton Saints kick-started the 2021/22 season of the Gallagher Premiership with a 34-20 win over Gloucester Rugby at cinch Stadium at Franklin's Gardens.

James Grayson started the proceedings with a sixth minute penalty kick for Northampton Saints before Tom Wood and Alex Mitchell combined to send George Furbank over the line in the 8th minute. Grayson also kicked the conversion as the Saints raced to a 10-0 lead.

Gloucester thought they responded back immediately but Ben Meehan's try was disallowed as it had a forward pass from Lewis Ludlow in the build up. As Gloucester made repeated infringements, Grayson kicked a series of penalties into the corner but they could quite get the breakthrough.

The 24th minute saw Gloucester’s Jack Singleton sin-binned for a deliberate knock-on and Northampton came close to scoring but Hutchinson's grubber kick went over Matt Proctor. Two minutes later it was Kyle Moyle, who found the gap and offloaded to Ollie Thorley as he dived over but conversion from Lloyd Evans went wide.

With the half-time approaching, Gloucester lost Jack Clement to yellow card for an infringement at a rolling maul but Northampton could not add any more to their tally as the teams went into the break with a 10-5 scoreline.

The start of the second half saw the visitors reducing their arrears to two points with Evans slotting a penalty goal but it was a matter of time before Northampton gained control with Grayson (44') and Nicholas Auterac (47') going over in a span of three minutes. Grayson also slotted the extras on both the occasions as they increased their lead to 24-8.

Juarno Augustus made his debut as he came off the bench as Gloucester clawed their way back into the game with Jordy Reid diving over at the back of a rolling maul in the 55th minute and Jonny May also followed the suit in the 68th minute making it 27-20.

With six minutes left in the game, Wood provided some relief to the Saints as he burrowed over with Furbank improving it as the Saints started their campaign with a 34-20 bonus point victory.