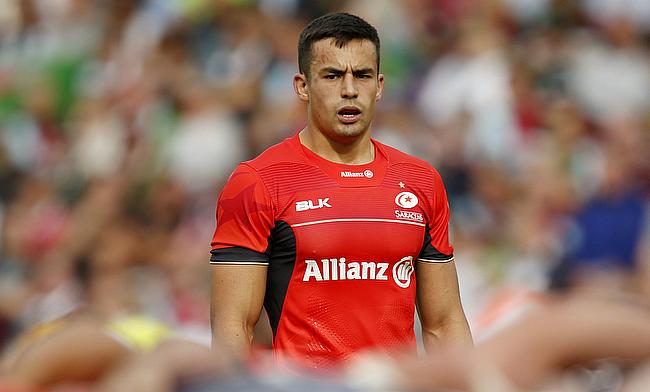 Saracens celebrated their return to the Premiership as they defeated Bristol Bears 26-9 in the opening round of the 2021/22 season at Ashton Gate on Friday.

This was also Saracens' first game in the top flight after they faced an automatic relegation at the end of the 2019/20 season but since then have clinched the Championship last season and now have started their new campaign with a win over the table toppers of last season.

Callum Sheedy kick-started the proceedings to get Bristol off the mark with a fifth minute penalty kick but Alex Lozowski responded back with a long-range three-pointer in the 11th minute as the scores were levelled.

With two more penalties from the halfway line, the home side increased their lead to 9-3 at the end of the opening quarter and they looked dangerous as Charlies Piutau went past the Saracens defenders to offload to Ioan Lloyd, who was stopped before touching down.

With the half-time approaching, Saracens won two scrum penalties which Lozowski made no mistake as the teams finished the opening half unseparated with a 9-9 scoreline.

A scrum penalty early in the second half saw Lozowski made a successful long-range attempt to take Mark McCall's men to a lead for the first time in the game and in the 46th minute he slotted another kick to make it 9-15.

As Harry Thacker looked threatening to score, Saracens with their stern defence manage to keep Bristol away from scoring. Around the 60th minute, a break from Alex Lewington saw the visitors win another penalty kick that Lozowski successfully managed to make it 9-18 and soon it became 9-21 after the fly-half kicked his seventh successful penalty goal.

The opening try of the game came in the 70th minute when Alex Lewington dived over. Lozowski missed the conversion but Saracens went on to complete a 26-9 victory.

Saracens' next game will be in the third round when they faced Leicester Tigers on 2nd October at Mattioli Woods Welford Road while Bristol will be locking horns with Wasps at Coventry Building Society Arena on 25th September.