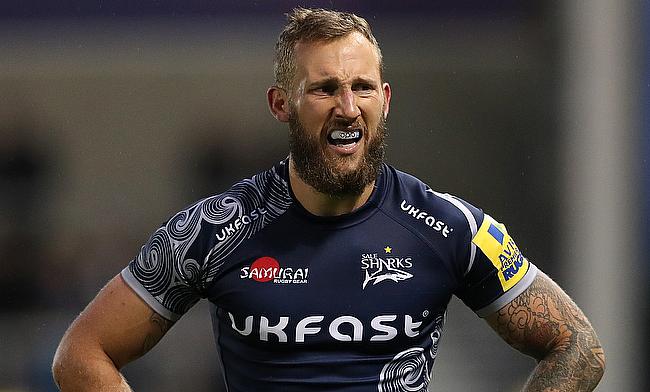 Byron McGuigan was one of Sale's try scorer
©PA

Orlando Bailey missed a penalty goal at the death as Sale Sharks edged out Bath Rugby 20-19 in the opening round of the Gallagher Premiership at AJ Bell Stadium on Saturday.

Sale had a 17-3 lead at half-time but Bath regrouped after the break to put a brave fight but it did not prove enough at the end.

Rob du Preez missed a penalty goal in the 6th minute as Sale missed the opportunity to score the opening points. The opening quarter went with both the teams scoreless before the deadlock eventually came to an end with du Preez kicking a three-pointer after the visitors were penalised for an offside.

The home side stretched their lead further around the half-hour mark when Akker van der Merwe dived over at the back of a maul and Du Preez kicked the conversion to make it 10-0.

Five minutes later Sale went on to get their second try after 20-year-old Raffi Quirke at scrum-half proved to be the difference as he offloaded to Byron McGuigan, who went over. Du Preez once again got the conversion right as Sale went on to score 17 unanswered points.

The 38th minute saw Sale reduced to 14-men temporarily with Simon Hammersley being sent to the sin-bin for not releasing on the try line and Danny Cipriani slotted a penalty goal to get Bath off the mark as the teams went into the break with a 17-3 scoreline.

Cipriani with a 30m penalty kick early in the second half reduced the arrears for Bath to 11 points before they got their opening try in the 56th minute when Juan Schoeman touched down following a fine break from Miles Reid. Bailey's conversion made it 17-13.

As Du Preez missed another penalty chance in the 59th minute, the gap between the sides remained at four points. Bailey with his first points in the game at 67th minute with a 15m penalty kick helped the difference between the sides come down to one point.

With six minutes left in the game, Stuart Hooper's men seized the lead for the first time in the game with Bailey's second successful penalty kick but this Kieran Wilkinson responded back in the 79th minute restoring Sale's one-point lead. Bailey had another chance with a 40m kick but could not quite convert as Sale escaped with a one-point victory.