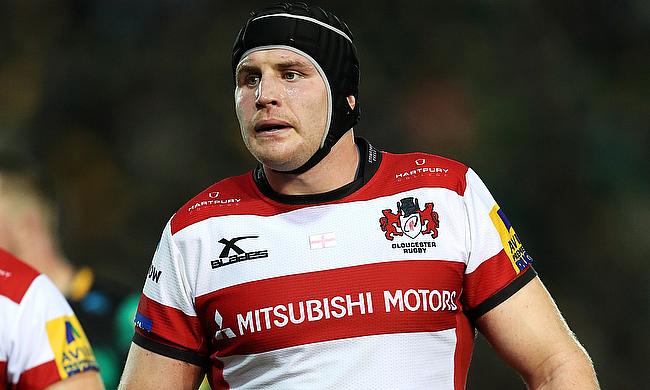 Ben Morgan scored two second half tries as London Irish sealed a 25-25 draw against Gloucester Rugby in the latest round of the Gallagher Premiership at Brentford Community Stadium on Sunday.

This is second draw for London Irish in five games as their winless streak continues keeping them in the 10th position while Gloucester are at 8th position.

The 13th minute saw Agustin Creevy scoring his fourth try of the season after a quick pick up from the base of a ruck and Paddy Jackson kicked the conversion to make it 7-0. The home side thought they doubled their tally but Ben Loader's try was disallowed following a forward pass from Jackson.

Nevertheless, their second try came in the 18th minute with Isaac Curtis-Haris scoring his first try for London Irish after going past a couple of Gloucester defenders and Jakcson was once again spot on with the conversion making it 14-0. Adam Hastings kicked a couple of penalty kicks for Gloucester to help them reduce the arrears to eight points in the opening half.

However, the Cherry and Whites started the second half with a huge setback as Mark Atkinson was sin-binned in the 42nd minute and Jackson slotted a penalty goal to make the scoreline 17-6 but five minutes later it was the turn of the home side to be down to 14 players as they lost Steve Mafi to yellow card for collapsing a maul and immediately Morgan scored the first of his two tries but Hastings' conversion went wide as the score became 17-11.

Even though Jackson with a 51st minute penalty increased London Irish's lead to nine points, Morgan's second in the 54th minute and four minutes later Louis Rees- Zammit intercepted a pass from Nick Phipps to dot down but this time Hastings kicked the extras making it 20-25.

The scores were levelled in the 66th minute with skipper Matt Rogerson diving from close range but Jackson missed out on a crucial conversion as the teams had to settle for a draw.