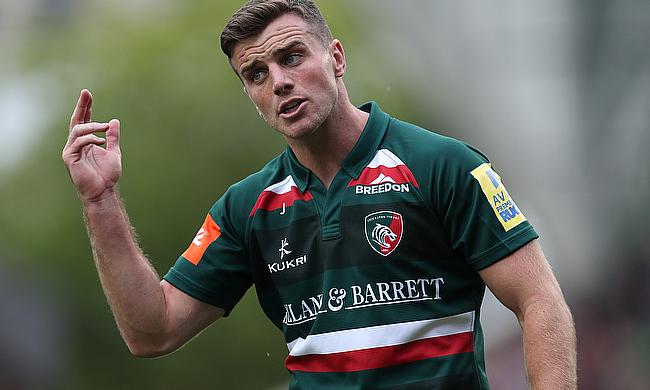 Leicester Tigers maintained their prefect start in the ongoing Gallagher Premiership campaign as they edged out Harlequins 16-14 in the 10th round at Mattioli Woods Welford Road Stadium.

This is 9th win for Leicester Tigers in as many games as they maintain their top place in the table with 41 points while Harlequins are positioned fourth with 29 points.

Dan Cole ran out for his 200th Premiership appearance and it was the Tigers, who started the proceedings with George Ford kicking a straightforward penalty goal in the 7th minute.

The response for the Quins came in the 12th minute as the Tigers were penalised at a line out and Marcus Smith slotted a three-pointer to level the scores. Ben Youngs came close to provide Tigers the breakthrough as he provided a break but a cross-field kick from Ford failed to find Hanro Liebenberg.

As Cole was penalised at the back of a ruck, Smith with a 35m kick in the 17th minute ensured Harlequins went into the lead of 3-6 and as Freddie Steward came close beating a couple of defenders, referee Tempest ruled against the score with no grounding before Ford's second penalty in the 24th minute ensured the scores were levelled once again.

The 32nd minute saw the visitors reduced to 14 players temporarily as Smith was sin-binned for a cynical infringement and Ford slotted a three-pointer to make it 9-6. Leicester surrendered their advantage as Jasper Wiese was yellow-carded in the 35th minute for a no-arms tackle.

The home side were the quickest to get off the block in the second half as Ford and Youngs combined to send Harry Potter to dot down and the England fly-half kicked the conversion making it 16-6. Even though Quins clawed their way back into the game with a penalty goal from Smith in the 55th minute followed by a splendid solo effort try from Louis Lynagh.

Smith missed out on the conversion as the teams went into the final 10 minutes with a two-point difference. Ford missed a penalty chance in the 72nd minute but it did not prove costly as Leicester Tigers completed a 16-14 victory to maintain their perfect start in the competition.