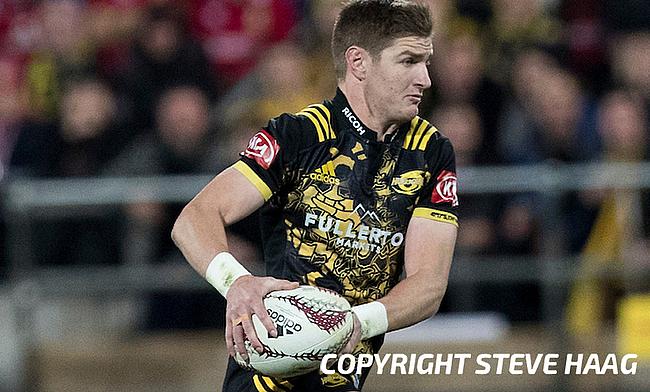 Hurricanes came up with a seven-try riot as they trounced Western Force 43-6 in the third round of Super Rugby Trans Tasman at McLean Park on Friday.

The result also meant New Zealand teams have extended their domination in the competition after registering their 11th consecutive win over their Australian counterparts with Hurricanes moving to the top of the table with 15 points while Force are at seventh place with a solitary point.

Fly-half Domingo Miotti started the proceedings with a sixth and 11th minute penalty goals for Force to get them off to a steady start. However, the remainder of the game was dominated by Hurricanes and it started with Andrew Ready's pass went wide to find Asafo Aumua as he dotted down in the 13th minute. Jordie Barrett kicked the conversion as the home side seized a 7-6 lead.

Hurricanes doubled their tally in the 22nd minute with Peter Umgaga-Jensen sending a long pass for Salesi Rayasi to score in the corner and once again Barrett was spot on with the extras. As the break was approaching, Du'Plessis Kirifi breached the defence of Force to dot down as the opening half ended with a 19-6 lead for Hurricanes.

The home side got off the block quickly in the second half with Wes Goosen crossing the whitewash in the 47th minute and as the third quarter was about to end, when a long pass from Tomas Cubelli went off target and Rayasi controlled the looseball to score their fifth try and Barrett kicked the conversion to make it 31-6.

With seven minutes left in the game, a combination of Barrett and Ardie Savea allowed Ngani Laumape to complete Canes' sixth try before the fullback scored a try of his own in the added minutes after collecting an offload from Goosen to complete a 43-6 win.