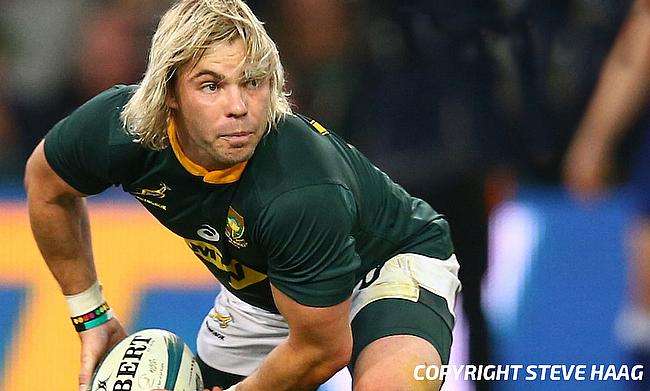 Sale Sharks have kept their hope of reaching the play-off of the Gallagher Premiership alive as they edged out Wasps 16-7 in the latest round at Coventry Building Society Arena on Friday.

Sale now are at sixth place in the table with 65 points while the defeat is a blow for Wasps finishing in the top eight and qualifying for the Champions Cup next season.

Wasps suffered early setback as Dan Robson was sin-binned in the 15th minute for a deliberate knock on but Sale failed to capitalised on the advantage. Instead, the visitors also lost a player temporarily as Jono Ross was yellow carded and Gabriel Oghre dived over at the back of a driving line out in the 23rd minute.

Jimmy Gopperth kicked the conversion as Wasps had a 7-0 lead at the start of the second quarter. A penalty kick from Robert du Preez in the 28th minute saw Sale Sharks get off the mark. Gopperth had a chance to restore the lead for Wasps but his three-pointer went wide which meant the scoreline remained at 7-3.

A second successful penalty kick from du Preez just before the break helped Sale Sharks reduce the gap heading into the break to just one point.

Wasps suffered second setback in the game as Alfie Barbeary was yellow carded early in the second half for a deliberate knock-on, with the visitors immediately taking advantage when Akker Van der Merwe crashed over from close range to make it 7-13.

Just as Barbeary returned back from sin bin, du Preez with a penalty goal in the 62nd minute made it 7-16 which proved just enough with Sale holding their defence firm and Gopperth missing a long-range penalty kick in the closing stage.