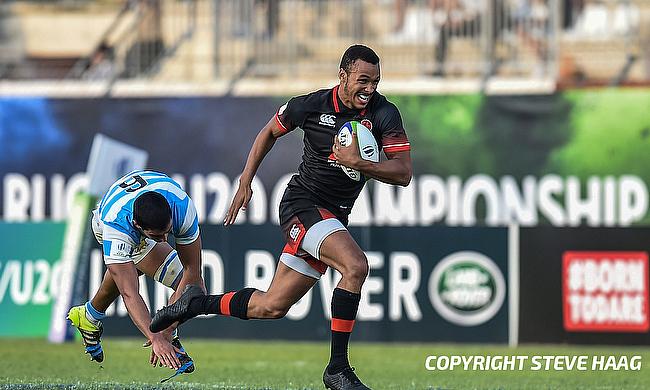 Jordan Olowofela scored a hat-trick as Western Force edged out Queensland Reds 30-27 in the 10th round of Super Rugby AU at HBF Park on Friday.

This is fourth win for Force in eight games as they took their tally to 18 points that have sealed them a place in the play-off while Reds continue to remain at the top despite the defeat.

Force started the game with a setback as they lost Tevita Kuridrani to sin-bin for a tip tackle on Hunter Paisami, who later latched on to a short pass and brushed away a tackle from Domingo Miotti to dot down. James O'Connor kicked the conversion as Reds raced to a 0-7 lead.

The scores were levelled in the 8th minute with Olowofela intercepting a pass from Tate McDermott to crossover and Miotti's conversion but four minutes later a brilliant solo effort from prop Taniela Tupou saw Reds extending their lead to 7-14.

Just as Force returned to full strength, they were down to 14-men again with this time Toni Pulu yellow-carded for a breakdown infringement and once again Reds made use of the numerical advantage with Filipo Daugunu dotting down and O'Connor improving making it 7-21.

Jordan Petatia was sent to sin bin early in the second half for a dangerous tackle on Olowofela, who scored his second in the 47th minute to narrow down the gap to one point. As O'Connor and Miotti traded penalties the scoreline became 23-24 at the end of the third quarter.

Force were punished for repeated infringements as they lost their third player to yellow card with this time it was the turn of Jeremy Thrush and a penalty kick from O'Connor making it 23-27. Despite down by a player, Force continued to push forward as Olowofela completed his hat-trick to complete a 30-27 win.