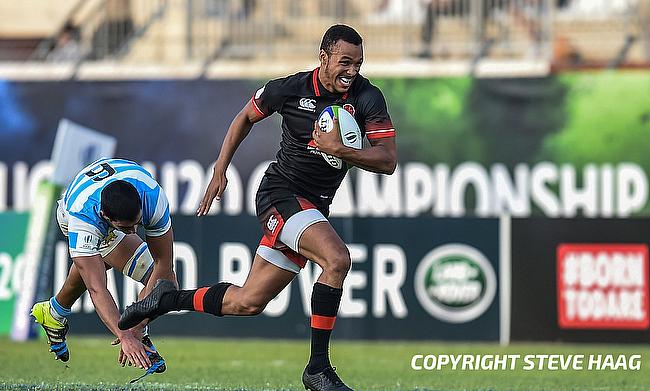 Domingo Miotti starred with 16 points including the decisive penalty goal in the closing stage as Western Force edged out Waratahs 31-30 in the ninth round of Super Rugby AU at HBF Park.

This is second successive win for Force as they climbed to the third position with 14 points while Waratahs' struggle continues as they languish at the bottom of the table after losing all their seven matches.

Waratahs suffered an early setback in the game with Lachlan Swinton sin-binned in the second minute for a tip tackle. Force made full use of the numerical advantage as Tom Robertson powered his way over for the opening try of the game in the third minute and Domingo Miotti followed with a conversion and a penalty making it 10-0.

As Waratahs returned back to full strength, they fought their way back with William Harris dotting down in the 17th minute and the scores were levelled by the 23rd minute with Ben Donaldson kicking the extras followed by a three-pointer.

Force seized the lead once again with Feleti Kaitu'u crossing over in the 26th minute. Miotti missed the conversion but made amends with a drop goal as the home side finished the opening with a 18-10 lead.

Waratahs started the second half briskly with back to back tries coming from Jack Maddocks (43') and Alex Newsome (46') while Donaldson kicked both the conversions to make it 18-24 but Miotti's penalty goal in the 52nd minute reduced the gap down to three points.

With Donaldson kicking two more penalties in the 68th and 70th minutes the scoreline became 21-30 but Jordan Olowofela's try in the 71st minute followed by Miotti's conversion kept Force in the hunt as the gap came down to two points. Just as Waratahs thought they sealed the game, the hosts exerted pressure and won a crucial penalty goal with Miotti kicking it perfectly to complete a thrilling one point victory.