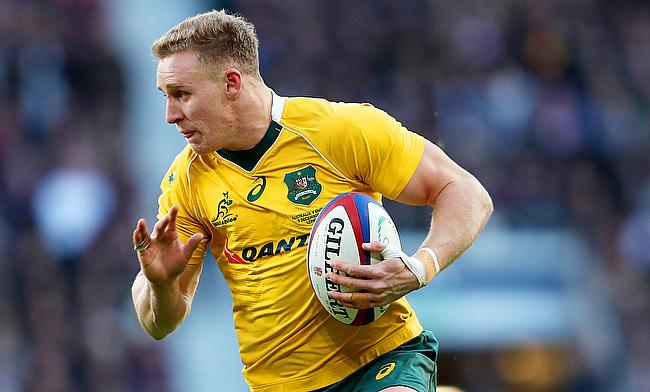 Reece Hodge missed a drop goal at the end
©PA

Reece Hodge's attempted drop goal at the closing stage drifted wide as Western Force edged out Melbourne Rebels 16-15 in the eighth round of Super Rugby AU at AAMI Park.

This is second win for Force in six games as they are at fourth place in the table while Rebels are at third place after losing their fourth match in the season.

Hodge got the proceedings for the Rebels with a 50m penalty kick in the second minute as the home side piled early pressure on Force. A breakdown infringement from the visitors provided Rebels with another opportunity with this time Matt Toomua slotting a three-pointer in the 14th minute.

An infringement from Robert Leota allowed Force to open their account with Domingo Miotti kicking it over as they reduced the gap down to three points. As Force continued to make errors, Toomua restored the six-point lead for Rebels with a three-pointer in the 22nd minute.

Force suffered a setback when Kane Koteka was sin-binned around the half-hour mark for not using his arms in the tackle and as the half-hour was approaching, Miotti and Toomua traded penalties as the teams went into the break with a 12-6 scoreline.

Rebels came close to scoring early in the second half when Trevor Hosea nearly got them over the line but missed out. A third penalty kick from Miotti helped Force reduced the deficit to three points but once again Rebels looked threatening through Marika Koroibete but his effort ended with a knock-on at the breakdown.

The scoreline became 15-9 by the 63rd minute after Toomua slotted another penalty after an offside infringement from Force and the visitors had a chance to cancel it out with Miotti's kick going wide in the 70th minute.

Eight minutes later Force went on the attack again and set a five metre line out with the subsequent driving maul seeing replacement Tim Anstee dotting down followed by a conversion from Miotti that made the scoreline 15-16 before Hodge's desperate last minute effort of a drop goal going wide.