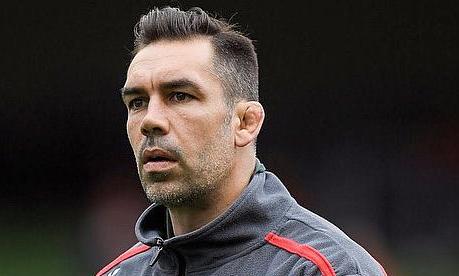 Luke James scored the decisive try in the closing stage as Sale Sharks came from behind to beat Bristol Bears 20-13 in the eighth round of the Gallagher Premiership at Ashton Gate on Friday.

This is Sale Sharks' sixth win from eight games as they climb to the second place in the table while despite the defeat Bristol are at the top of the table.

The game started with a minute of silence for ex-Bristol, England and British Lions hooker John Pullin, who passed away at the age of 79.

Bristol looked attacking at the start of the game but were kept without a point following stern defence from Sale Sharks. They had their opportunity in the 16th minute in which Sale lost Jono Ross to sin-bin for a tackle on Nathan Hughes in the air. The home side immediately capitalised on the numerical advantage with Bryan Byrne dotting down followed by a conversion from Ioan Lloyd.

Back to back penalties from MacGinty at the start of the second quarter helped Sale Sharks narrow down the gap to one point and just when they returned back to full strength, the fly-half kicked another three-pointer from the halfway mark as the opening half ended with a 7-9 scoreline.

Sale Sharks nearly extended the lead after the break when Curtis Langdon raced away but Bristol kept him out. The recycled ball was gathered by De Klerk, who offloaded to Byron McGuigan but a combination of Henry Purdy and Charles Piutau ensured no damage was done.

MacGinty with his fourth penalty goal in the 57th minute extended Sale's lead to five points but it was brought down to two points after Lloyd kicked a three-pointer of his own.

Pat Lam's side seized the lead back in the 72nd minute with Lloyd's penalty goal but a well timed pass from MacGinty saw Luke James dot down in the 75th minute to make it 13-17. MacGinty missed the conversion on the try but compensated with a penalty kick at the end to complete a seven point win for the Sharks.