Sale Sharks' new Director of Rugby Alex Sanderson: "I am flattered to be coming home" 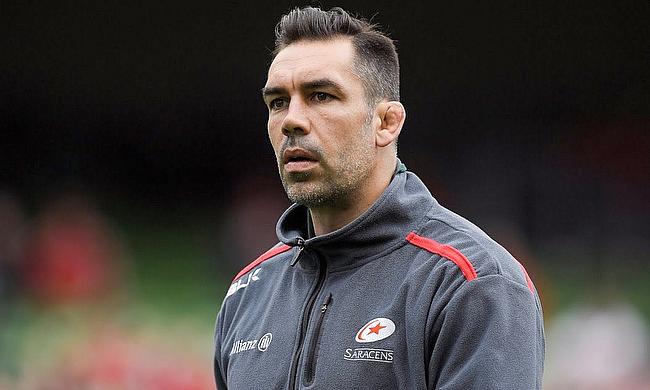 Sale Sharks have appointed Alex Sanderson as their new Director of Rugby, and he will join the club's coaching team with immediate effect.

Sanderson, who began his top-flight playing career at Sale, replaces Steve Diamond who departed the club on December 8th due to personal reasons.

The former Saracens assistant coach will take over the reins in Manchester with the Sharks currently sitting fourth in the Gallagher Premiership table.

The 41-year-old will link up with Paul Deacon, who had been acting as interim boss following Diamond's exit, as well as assistants Dorian West, Pete Anglesea and Mike Forshaw.

Sanderson spent six years in the North-West before the former back-rower moved to Saracens in 2004.

Whilst his playing career was cut short due to a back injury, Sanderson, who took charge of the forwards and the defence at Sarries, helped engineer a trophy-ladened era for the club as they won five Premiership titles and three European Cups.

Sanderson told the media on Friday: "I am chuffed to bits and flattered to be coming home. It was a motivating factor, but it is way down the list in terms of my reason for making the move and taking the opportunity. It is easy because you are moving back to a place I knew 17 years ago, but it was 17 years ago. It was a different life.

"I am under no illusions it is not going to be the same. I am not the same so I am looking forward to creating a new home in an old place.

"I am coming into a well-established structure and it not for me to tear down and impose my philosophies from the start and I just want to add to what they have already built.

“I need to get my feet under the table and it is a collaboration with the other coaches and I have done my analysis over the last three or four games when they haven’t been at their best and they know that. They have the raw talent to really kick on. They are a massive squad and you have to win the collisions first so fortunately for them and me we are on the same page."

Sanderson also paid tribute to his predecessor: "I haven’t got a bad word to say about Steve Diamond because has only ever done good things by me. He signed me from school when I was 16 and then took me to Saracens and gave me my first break in coaching at Sarries when I was injured.

"I wouldn’t be here now but for that man. I spoke to him this morning and he is in Dubai drinking pina colados and he wished me well which meant a lot because I would hate to think I was jumping into an open grave. That is not the case and I am not going to tear down anything he has built and I am just going to add to it."

Sale Sharks CEO Sid Sutton was delighted to finally announce Sanderson as the Sharks’ new Director of Rugby and believes he fits the bill perfectly. He said: "In Alex, we have a world-class leader and a coach with a winning mentality and extensive experience at the pinnacle of the game. He’s a former Sale lad who knows the club, knows our culture and shares our vision of making Sale Sharks one of the most formidable teams in Europe.

“We have been extremely pleased with how the current coaching team have taken the job on over recent weeks, under very difficult circumstances. The owners and I have been nothing but impressed with their desire and determination, so it was key for us to ensure that whoever we brought into the club complemented that, and I believe Alex will do that perfectly.

“It is of great importance that we build on the culture we have at the club and we wanted our new Director of Rugby to be someone that can continue to develop a brand of rugby we are all proud to be a part of. The winning mentality of Alex is key for this group of players and the club, to truly achieve its potential. The owners and I believe that Alex is a perfect fit for the role, and we can’t wait for him to get started alongside the team at Carrington.”