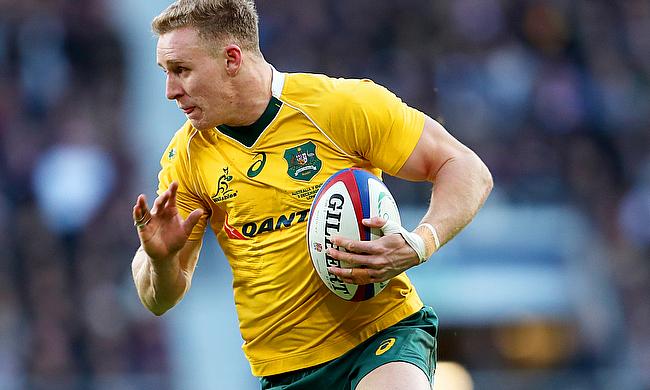 Australia successfully managed to overcome Argentina with a 27-8 margin in the fifth round of the Rugby Championship in Townsville on Saturday.

This is the third successive win for the Wallabies in the competition as they moved to the second place in the table with 13 points while Argentina languish at the bottom after losing all their five matches. Earlier, New Zealand had already claimed the title with a game to spare following their victory over South Africa.

Argentina had a chance to open their account early but penalty kick from Emiliano Boffelli went wide. Samu Kerevi exerted pressure on Argentina before he was held off by a desperate tackle from Santiago Carreras but eventually Reece Hodge regrouped and went past the Pumas defenders to score the opening try in the 5th minute.

Dave Rennie's men doubled their tally by the 19th minute with this time Len Ikitau grabbed a kick from Quade Cooper before allowing Kerevi to go over and the veteran playmaker once again got the conversion right as they raced to a 14-0 lead.

Argentina desperately tried to make a fightback and eventually got their opening points at the start of the second quarter through Boffelli's penalty while Australia had a try disallowed after Nic White lost control of the ball while diving.

With eight minutes left in the opening half, Cooper managed to slot a penalty goal as the teams headed into the break with a 17-3 scoreline.

Argentina made a promising start to the second half as Julian Montoya crossed the whitewash at the back of a line out maul but the conversion went wide as the visitors continued to trail by nine points.

However, Argentina were hit back by lack of discipline as they lost Marcos Kremer to yellow card in the 57th minute for a dangerous tackle on Hodge and four minutes later James O'Connor, who is making a comeback from a groin injury slotted a penalty goal making it 20-8.

The Wallabies made a stronger finish as in the 70th minute Andrew Kellaway collected an inside pass from O'Connor to dot down and the replacement fly-half also followed with the conversion as Rennie's men completed a 19-point victory.