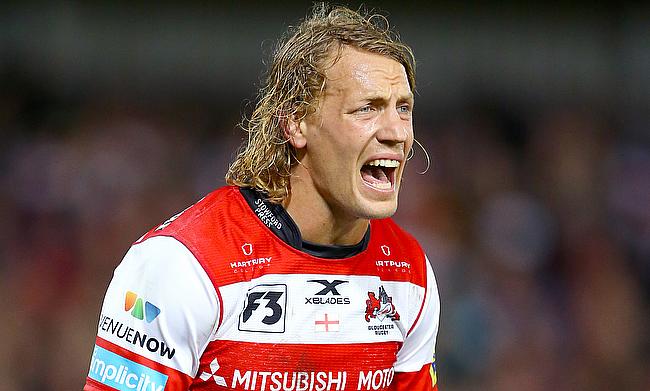 Billy Twelvetrees kicked a penalty and a conversion apiece
©PA

Tom Marshall and Joe Simpson scored doubles as Gloucester Rugby went on to beat Wasps 25-9 in their Gallagher Premiership clash at Kingsholm on Saturday.

Gloucester are now second in the table behind Northampton Saints while Wasps are positioned 11th after losing both their games.

The opening 38 minutes were dominated by the Cherry and Whites as Billy Twelvetrees kicked a 11th minute penalty goal while Marshall and Simpson crossed over once apiece in the 24th and 38th minutes respectively to take their tally to 13 points.

Lima Sopoaga reduced the gap with back to back penalties on either side of the break and he soon kicked his third three-pointer that came after Malakai Fekitoa was sin-binned in the 48th minute.

However, that remained the only points in the game for Dai Young's men with Simpson (56') and Marshall (72') added a try apiece to complete a 25-9 win for Gloucester.

"I thought we more than matched them in every area, but two crucial moments went their way," said Wasps director of rugby Dai Young.

"We gave away seven points just before half-time and then we picked up a yellow card when we were getting a bit of ascendancy by battering away at their line.

"I've no complaints about the yellow card, but it stopped our momentum and another poor kick gave them another opportunity to score.

"The scoreboard was a little bit unkind to us and we are not too far away."