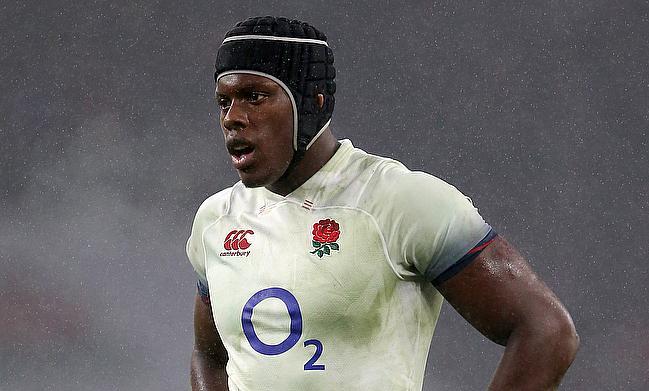 Simon Amor: 'We really want to go at this Welsh team'
Adam Jones Interview: It's going to be a matter of time before Harlequins’ England stars get their chance
George North’s new lease of life can help Wales seal Triple Crown
Wales have 'found their feet' under Wayne Pivac as England aim to take steps forward

Five years ago, against Wales, Maro Itoje was picking up his first Man of the Match award in an England shirt.

Just two years into his senior rugby career, the Camden-born lock had the rugby world at his feet and the 26-year-old has more than realised his potential in the years that have followed.

Playing in all three Tests of the 2017 British & Irish Lions tour to New Zealand, reaching a World Cup Final with England and won everything going in the club game. On Saturday afternoon, Itoje will be playing opposite to the man he started two Tests with whilst in New Zealand, Alun Wyn Jones.

Jones will be playing his 146th game for Wales on Saturday, Itoje his 46th, the Sarries star saying that he always enjoys coming up against a player widely considered to be one of the world’s best.

"He still wants to play over 100 games for Wales. I'm sure he's going to do that with the attitude he's showing at the moment.”

England come into this game in desperate need of a win if their hopes of lifting a fourth Six Nations under Eddie Jones have any chance of fruition. The game is made into the perfect storm as a result of Wales needing a victory too.

Having won their opening two fixtures against Ireland and most recently Scotland, Wayne Pivac’s team are now firm favourites to take home the Six Nations trophy. However, in the teams’ last two meetings England have bested the affair, but have their sizable home advantage reduced as a result of there being no crowd at the Principality Stadium.

Two years ago, former England flanker James Haskell described playing at the Welsh national stadium and a full house as though ‘there was someone pushing down on you’, but across sport we have seen home advantage decrease as a result of a lack of home support.

Last week, Eddie Jones even cited a report about football team Red Bull Salzburg and their fortunes since playing at empty venues.

The Australian even believed that by having no fans at Twickenham for the opening two rounds, it has contributed to his team’s lack of aggression in those fixtures. Whether or not the same can be said for Wales is as yet unknown, but Itoje is more than aware of his and his teammates need of a win.

“This is a game where we need a result,” Itoje said. “Our ambition going into this Six Nations was to win the Six Nations and for us to do that, it means that we have to win tomorrow. That is just the reality of the situation. So, we are going full steam ahead looking to get the result we want.

After England Rugby's squad to take on Wales in Cardiff was announced, I heard what Eddie Jones, Owen Farrell and Jonny May had to say.

Talking about George Martin, Wales' form and how England have adapted, read below.

“This game normally, especially with the way the stadium is set up, especially when they close the roof, the noise is something to behold. Obviously, that is going to be missing tomorrow.

Having travelled to Cardiff on Thursday afternoon, England have been spending the majority of their time at the team’s hotel in Cardiff Bay. When asked how he was spending his time at the team’s temporary base, Itoje revealed that he had recently watched the episode of Piers Morgan’s Life Stories with Chris Eubank.

Asked why he chose that particular episode, Itoje explained how he had admiration for the mindset of the former middleweight and super-middleweight world champion. Between 1985 and 1994, Eubank never lost a fight, but did draw twice in 1993 in fights with fellow Brits Ray Close and Nigel Benn.

In the sit-down interview with Morgan, Eubank discusses his early years, being homeless, his time at the top of his sport, struggles with addiction and even his involvement with a car accident that saw a man die.

Because of his demeanour, personality and attitude, Eubank often rubbed fans, pundits and fans the wrong way. In years gone by, much of the same has been about England, with those representing their country described as ‘arrogant’ and ‘overly self-confident’.

Everything you need to know ahead of #WALvENG ??

“I think as a team, I think as an England team specifically, one could argue that’s pretty similar to how a lot of other nations see us,” Itoje said. “If you are in that position, it’s about relishing it.

As France’s game against Scotland has been postponed as a result of a Covid-19 outbreak in the France camp, Wales can very much stake their claim for a second Six Nations title in three years all going well against the English.

A key thing that England must do is keep all 15 men on the field. Both Ireland and Scotland received red cards in the first half, stunting their efforts of overcoming Wales at an early juncture in those games.

“I have mainly been focussing on Six Nations rugby that the two incidents of red cards (in Wales’ previous two games) were probably two individuals who arguably weren’t in full control of what they were doing,” Itoje said.

“I think for us it is about, as I said previously, staying in the moment, being clear of what we want to do and if we are targeting a specific area, that’s making sure that we adapt ourselves adequately to target that area.

“It goes without saying that we don’t want to be playing the game with 14, 13 men, if you do that you just put one arm behind your back whilst you are going out there. That is the position we don’t want to be, so we as a team need to do our best to be on the right side of the referee.”