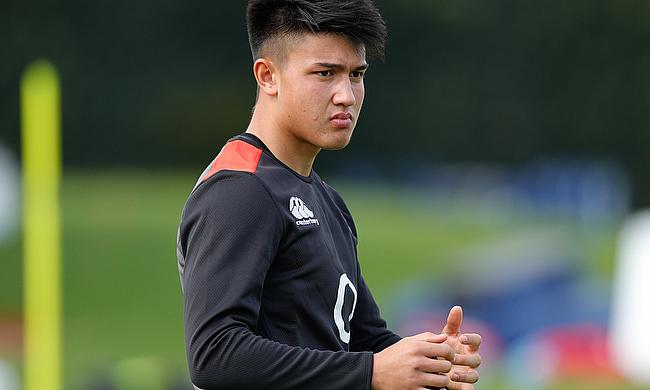 Fly-half Marcus Smith has committed his immediate future with Harlequins after signing a new contract with the Gallagher Premiership club.

A product of Harlequins Academy, the 21-year-old made his senior debut for the club in 2017 and has racked up 95 appearances for the club since then that includes 69 Premiership games.

“I’m thrilled to extend my time with Quins. I’ve been part of the Club’s academy section since I was 14 and I’ve enjoyed every minute of it," he told in a statement released by the club.

“I wanted to extend my time here to continue to build with this fantastic Club and hopefully bring some silverware to The Stoop.

"The chance to make some great memories with some of the guys I’ve come through the age-grades with and a few of the older players here is something I’m looking forward to.

“We have a brilliant squad and hopefully we can keep improving and delivering in the way we have these past few weeks.”

Smith became the second youngest player to reach 500 points at the end of the 2019/20 season and tops the chart for the most points scored in the ongoing 2020/21 season with 102 points. He has also represented England Under 18 and Under 20 teams while also featuring for England XV in the game against Barbarians in 2019.

“We’re thrilled to have Marcus recommit to the Club once more. At a young age, Marcus has become one of the key figures within our squad," said Harlequins General Manager Billy Millard.

“To have the impact and cool-headed approach Marcus does as a 21-year-old fly-half in the Premiership is hugely impressive. We’re really looking forward to seeing him continue to learn and grow at the centre of our team.

“We are really excited by the squad we have assembled at the moment, and Marcus’ recommitment is a testament to the spine of homegrown talent we have within our team.”

Harlequins are positioned fourth in the Gallagher Premiership table with four victories from eight matches.