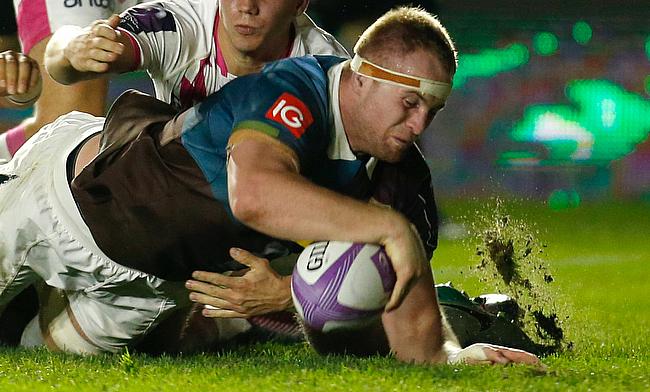 James Chisholm made his Harlequins debut in 2013
©PA

Harlequins have confirmed that their Academy products James and Ross Chisholm have penned new deals with the Gallagher Premiership club.

James made his Harlequins debut in 2013 and recently played his 100th game for the club. He started playing rugby at Haywards Heath RFC and joined the full-time Harlequins Academy in July 2013 before making his senior debut for the club in the same year during LV=Cup game against Exeter Chiefs.

Meanwhile, Ross was with the Quins since his professional rugby debut in 2011 and enjoyed 2011 European Challenge Cup, 2012 Aviva Premiership Rugby, and 2013 LV Cup title wins with the club.

“I’m thrilled to re-sign at Quins. There’s still a lot to come from this Club. We are still striving for something special and I want to be a part of that - and I’m grateful to be able to do that alongside my brother," said James.

“I am delighted to re-sign with Quins. I used to go to Quins games as a lad growing up, and I feel extremely fortunate to have represented the Club for 12 years," said Ross.

“I am looking forward to the journey ahead and to be able to share that journey with James, makes things even more special.”

Harlequins Backs and Attack Coach Nick Evans is delighted with both Ross and James extending their stay at the club.

“It’s great to have James and Ross commit their futures to the Club.

“I’ve had the pleasure to play alongside and coach James and Ross, both are credits to our academy and never give anything less than 100% when wearing the Quarters. It’s fantastic to have two integral members of our squad sign on for more.”