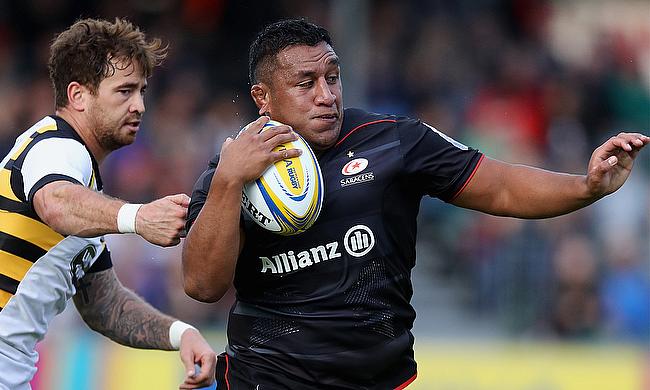 Mako Vunipola on the charge against Wasps
©Getty/Aviva

Saracens’ prop Mako Vunipola was hailed 'an unbelievable player’ as he was named Aviva Premiership Rugby Player of the Month for October.

Vunipola has been in the form of his life in the Saracens front row carrying for almost 100 metres in his first seven Aviva Premiership Rugby matches, offloading four times and making an impressive 45 tackles.

“He's an unbelievable player for us; he is scrumming particularly well at the moment but his play around the field with and without the ball has been exceptional and his work rate in particular has been phenomenal.”

The 25 year-old was involved in a three-way battle for this month’s title, eventually beating team mate Jamie George and Northampton Saints No.8 Louis Picamoles to the title.

Vunipola wins a trophy and a £250 donation to the charity of his choice.