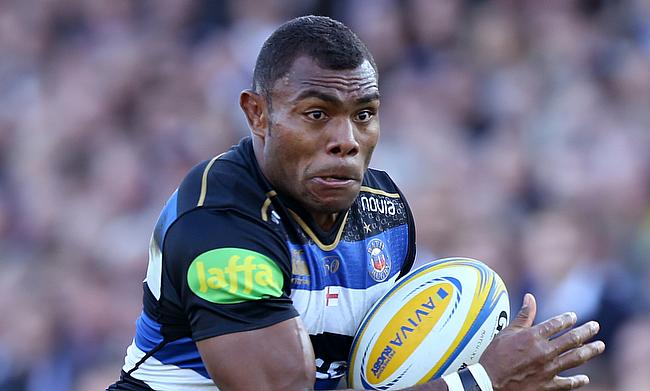 A late Semesa Rokoduguni try won it for Bath
©PA

England international Semesa Rokoduguni scored a try in the added time to snatch the game away from Exeter Chiefs and seal a 10-13 victory to Bath in the Aviva Premiership clash at Sandy Park on Sunday.

Exeter Chief's fly-half Gareth Steenson was the only point-scorer in the first half as the home team were having a slender lead of three points at half time after George Ford missed two penalties for Bath in the first 20 minutes.

Finally, Ford responded with a penalty of his own in the 43rd minute to level the scores. After both the teams struggled to score points, Ford brought Bath into lead for the first time with a 65th minute penalty kick.

The lead lasted only four minutes as lock Mitch Lees scored the opening try of the game while Steenson added the extras to bring Exeter Chiefs four points ahead and it would have stayed like that had it not been for Rokoduguni's try in the sixth minute of the added time to seal a thrilling win for Todd Blackadder's men.

The win helped Bath retain their third place while Exeter now move to seventh in the table.

Bath rugby director Blackadder admitted that the side is yet to play to their potential. However, he also credited them for the fightback in the game.

"I'm not getting carried away at all. I'm just enjoying the week and the battles every week.

"I don't think we're the complete side, not by a long way. That was a true test and exposed a few areas of weakness for us, so we'll have a good look at ourselves.

"But if anything we showed fantastic character. It was good, gutsy stuff and we'll learn from it."

"The game very quickly became a confrontational battle that had some errors in it. I don't think either team will be massively pleased by some of the rugby, but both teams will be pleased by the commitment of the players.

"Fair play to Bath, they showed that bit more resilience to edge a close game and you have to give them great credit for that.

"I am disappointed and I am frustrated but, in some ways, if you lose a game like that and you look at the table now and the results we've had, you can start to set yourself new challenges."