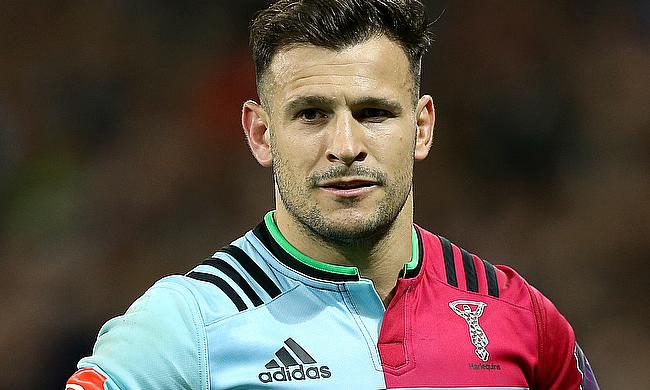 Harlequins scored four tries in the second half to defeat Worcester Warriors by 36-14 and secure a bonus point victory in the Aviva Premiership encounter at Twickenham Stoop on Saturday.

Scrum half Danny Care opened the account for the Quins as early as in the third minute while fly-half Nick Evans added the conversion. However, few minutes later, centre Jackson Willison strolled across the post and Jamie Shillcock's conversion meant both teams went into half time with scores levelled at 7-7.

England international Joe Marler was yellow carded in the 29th minute for collapsing a maul but Worcester Warriors failed to capitalise on it.

Harlequins came down hard in the second half with James Howrill (43'), Mike Brown (48'), Joe Marchant (64') and Tim Visser (80') touching down while Evans and replacement fly-half Tim Swiel converted three of it combined to secure 36 points for the home side.

Despite, Ben Te'o strolling across the post in the 50th minute, Worcester Warriors slumped to a 22-point defeat and find themselves at the 11th position on the table.

Harlequins director of rugby John Kingston said the performance in the first 40 minutes left a lot to be desired but credited the team for turning it around in second half.

"We scored very early on but we got too ambitious and impatient on the ball.

"Defensively we weren't as intense as we can be and being just one percent off at this level can be enough," Kingston said.

"I got some messages across at half-time and thereafter we moved skilfully through the gears and, by the end, we looked a really good side."