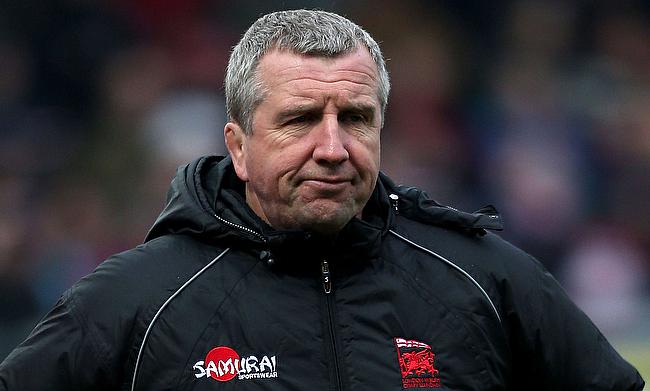 Lyn Jones has left his position as Newport Gwent Dragons director of rugby by mutual consent, the club have announced.

His departure comes after he spent time out due to illness and former Wales captain Kingsley Jones will take charge until the end of the season.

Dragons have lost their last eight Pro12 matches and sit 10th in the table with only Zebre and Treviso below them.

Despite their poor league form, however, they remain in European Challenge Cup contention with a semi-final clash in Montpellier to look forward to on Saturday.

"As a result of Lyn's absence from work, we brought forward the end of season review," Stuart Davies, Dragons chief executive explained.

"Whilst a frustrating and disappointing season is mitigated by a lengthy injury list and a record number of narrow defeats resulting in losing bonus points, both parties agreed it was best for the side that there was a new voice at the helm going forward.

"Taking the decision now affords Kingsley Jones, head coach, the opportunity to look after the side for the remaining games, ahead of us considering our options for next season."

Lyn Jones added: "While it's not been without its challenges, I have thoroughly enjoyed my three years at the Dragons.

"But with the club transitioning into a new era of potentially new ownership and new investors, the time felt right for me to step aside."