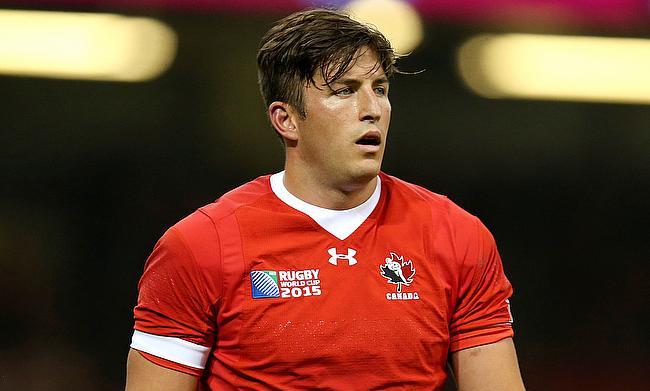 Following his departure from Glasgow Warriors, DTH van der Merwe told the Looseheadz x TRU podcast not getting the opportunity to say goodbye to the fans was tough to take.

The club’s record try-scorer re-joined the Scotstoun outfit in 2018 having tasted Pro12 success with Glasgow in his first six-year stint.

Van der Merwe’s contract expired at the end of May and the Warriors did not renew his deal meaning the former Canadian international is now searching for a new club.

With the coronavirus pandemic suspending the Pro14 season, it meant the 34-year-old was unable to pull on the Glasgow jersey for one last time and on the Looseheadz x TRU podcast, Van der Merwe admitted that side of things has been difficult.

“It actually gives me a bit of goosebumps thinking about it because it is a touchy subject,” he said.

“I have made it clear in past interviews over the years with Glasgow, and even the time that I spent away from here, that I felt at home here because it is like a second home for me. We [DTH’s family] are committed to the community and we have a lot of friends away from rugby which is great.

“It is tough. The number of messages I have gotten from supporters…even last night a 10-year old little girl emailed me who has followed my career.

“The day my wife went into labour with my first child, we were walking in a park, trying to speed up the contractions and we ran in to this girl called Ellie and the next time we saw her, she gave my daughter a little present.

“I have seen this little girl grow up and she is in the stands everywhere we go and stuff like that really touches my heart when they then reach out and say thank you for your commitment to the Warriors. It is little things like that I am going to miss, but obviously the biggest thing is not going to be able to say bye to the fans, everyone there and have one last game with my teammates. It is tough not to say goodbye that way.”

Van der Merwe told the podcast that he is still keen on continuing a career which has seen the winger score 54 tries in 123 appearances for Glasgow as well as represent his nation at four World Cups.

The destination of van der Merwe’s next move is still unknown, but he said he understood the decision from Glasgow not to extend his contract.

He added: “I have been in the business for a long time, obviously 11 years in the UK, and you don’t always get the answers you want but I think this one was especially tough just because, we [DTH’s family] feel settled again being in Glasgow after coming back for a second stint.

“We wanted to play another season, but with the regime change at the top, we didn’t fit into the plans. I totally understand their point of view. They are trying to take care of the grassroots kids, coming up and get the U20s involved with the Warriors. We probably did have too many back three players and wingers this season so you kind of half expected it to come, but at the same time, you didn’t want to hear it.

“I said to Danny Wilson, I just wanted to have a clear answer. Don’t say maybe, don’t say hang your hat on this, but just give it to me straight so I can take it, move on and make plans for something else. Ultimately, that is what it was and it wasn’t nice, but you just get back on the horse and you start making plans for your next job.”