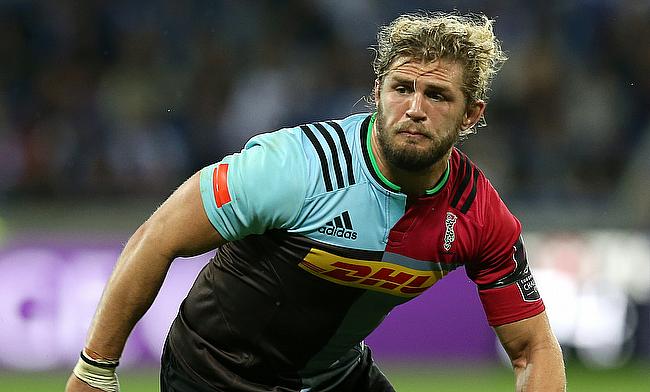 Luke Wallace has made 186 appearances for Harlequins
©PA

Harlequins have announced that flanker Luke Wallace has signed a deal with the Gallagher Premiership club.

A product of Harlequins Academy, the 31-year-old made his senior debut with the club in 2009 and enjoyed immediate success as they clinched the Premiership title in 2011/12 season and later went on to win the competition for the second time in 2021.

Having had a brief stint with Coventry and Leicester Tigers, Wallace rejoined the Quins in 2021 and has racked up 186 appearances for them.

“It’s great to sign on again with Quins.” Wallace said.

“It’s been fantastic to be back at this club over the last two seasons and I’m delighted to recommit.

"This is my boyhood club and I’m always proud to pull on the jersey.

“This is a special team that has proved its quality as the only team to retain a top-four spot from last season. It’s exciting to have the chance to go back-to-back in the Premiership, and further again next year.”

Harlequins head coach Tabai Matson is delighted with Wallace re-committing to the club.

“It’s great to have Luke re-sign again with Quins. After over 180 games for the Club his vast experience makes him one of the most reliable players on the roster, which is driven by his work ethic and competitive spirit.

"I know our fantastic supporters will be as thrilled as we are to see him recommit.”