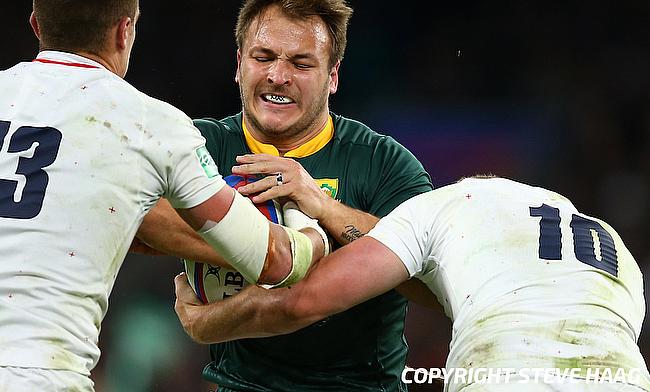 Harlequins centre Andre Esterhuizen has been voted the Players' Player of the Year at this year's Eterlast RPA Awards 2022.

The event held at Evolution London on Wednesday evening saw the 28-year-old claim the award after scoring eight tries for the Quins this season helping them reach the play-offs.

He also went on to win three back-to-back Man of the Match Awards back in January, and was awarded January’s Player of the Month in the Gallagher Premiership. He has been in electrifying form, making an incredible 1,703 metres for the South-West London side, beating 60 defenders.

“It's an incredible honour to win this award and for it to be voted by all the players and teams that I've played with and against makes it even more special. It is something that I am extremely proud of," he told.

"Thank you to all of my family and teammates for their support."

“Thank you to everyone who voted. It is a big honour to win an award voted on by your peers and I feel humbled to win given the talent in the game. I would like to acknowledge my teammates at Leicester Tigers, who I wouldn’t be able to have done what I have without," said Steward, who was also England Men's Player of the Year.