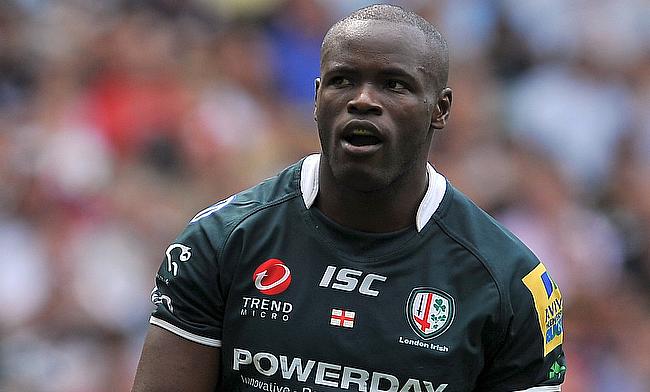 Topsy Ojo has made 300 appearances for London Irish
©PA

Former England international and London Irish winger Topsy Ojo has confirmed that he will retire from professional rugby at the end of the ongoing season.

Ojo, a product of London Irish Academy, has been with the Exiles since 2005 and has racked up 300 appearances for the club since then. He also holds the record for the club's most appearance by a player and has managed 80 tries.

A successful outing for the London Irish that saw him represent the club in a Heineken Cup semi-final against Toulouse in 2008 saw him make his England debut that year. However, his appearances for the red rose team was reduced to just two with both of it coming in 2008 against New Zealand.

"It has been a privilege to play for this club since 2003 and I’m grateful that I’ve been able to do so for so long” stated Ojo.

“I’m very proud of the milestones and the records I’ve achieved that will hopefully stand for a long, long time.

"I am also delighted that the club is back in the now named Gallagher Premiership with a positive future on the horizon, and even though I won’t be on the pitch anymore, hopefully I can continue to make an impact off it.

"I’ll be moving into a commercial position as I take on an ambassadorial role for the club as it gets ready to move to its new home at the Brentford Community Stadium next summer.

"There are also other opportunities which will be announced in due course, so there is still plenty to keep me busy with the club.

“I would like to thank all the supporters who have been brilliant since the day I started as well as the coaches and teammates who I’ve worked with over the years.

"Thank you to my wife, my kids, my parents and my brothers for all their love and support through it all. Rugby has allowed me to do so much and hopefully I’ve been able to give back and leave a mark in some way.”

A successful campaign in the Championship meant London Irish have gained a promotion back to the Premiership next season.