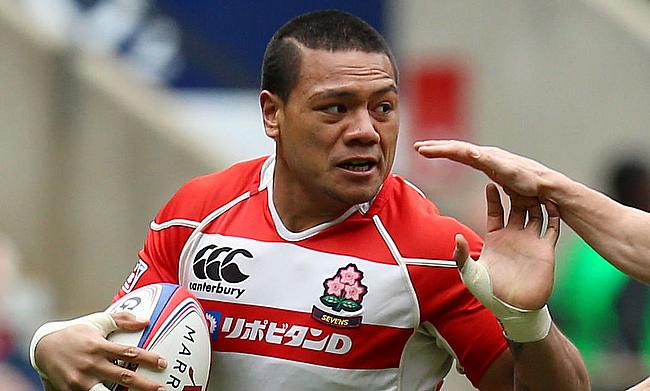 Japan fullback Lomano Lemeki could not hide his excitement after his team claimed a historic victory over New Zealand in the opening game of the Olympics rugby sevens at Deodoro Stadium on Tuesday.

It was Teruya Goto's converted try that took Japan to a 7-0 lead but New Zealand bounced back strongly with tries from Scott Curry and Akira Ioane taking a lead of 7-12.

Just when the game was drifting towards New Zealand, Kameli Soejima scored the decisive try which was converted by Katsuyuki Sakai to secure a 14-12 victory for Japan. Lemeki admitted the feeling of victory was surreal and Japan gained confidence as the game progressed.

It is unbelievable," Lemeki said.

"You never see a minnow come here and beat a team which is supposed to be a gold medal contender. I am still shocked, to be honest.

"As we played on, we started getting more confident and New Zealand started to struggle a bit.

"We thought if we kept moving the ball around, the big guys would tire somewhere, and they eventually did.

"We had a game plan against New Zealand - play at our pace, and they would get frustrated."

In their next encounter, Japan gave a fierce fight to Great Britain losing the game by 21-19 while New Zealand went on to trounce Kenya by 28-5. The results on day one saw, Great Britain and New Zealand claiming the top two spots in Pool C while Japan are placed at third.

When asked about his team's chances of progressing into the next round, the 27-year-old sounded confident and emphasised on the need to continue working hard.

"I think we can, after we showed that any team can win.

"We need to keep working hard, and I am sure we will."