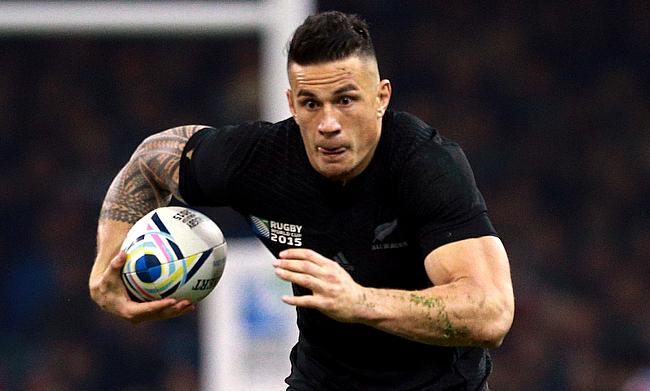 All Blacks star Sonny Bill Williams admitted that winning the gold medal in the upcoming Olympics could be the top most achievement of his career.

Williams managed to break into the New Zealand Sevens 12-man squad that will feature in the upcoming showpiece event - something other 15-a-side experts like Bryan Habana failed to achieve.

The 31-year-old was a part of back-to-back World Cup winning All Blacks team while also clinching NRL premierships with the Bulldogs and Roosters and also claimed the Super Rugby title with the Chiefs in 2012.

Despite, the glittering career, Williams believes winning an Olympic gold medal will be his top most achievement.

"It would have to surpass it because, as an athlete, there's no higher level than the Olympics.

"(But) we've got to win it first," said Williams at a press conference.

"I'm just fortunate enough that Titch gave me a shot at the start of the year and I've been fortunate enough to learn off these boys in the team and train my butt off," said Williams, who will return to the All Blacks for Rugby Championship tests later this month.

"Having had no sevens experience coming into this year, I sat down with the coach and the key was putting myself in the sevens environment through the whole year.

"The fitness levels are up where they should be, the knowledge of the game is up there as well so I'm looking forward to going out there in a few days."

New Zealand are grouped in Pool B along with Great Britain, Japan and Kenya. When asked about his team's chances in the tournament, Williams stated that the format is unpredictable and urged his team to stick to the basics.

"No team is easy to beat in sevens," said Williams. "We're just trying to make sure our preparation ticks all those boxes, leaving no stone unturned and making sure every second counts."