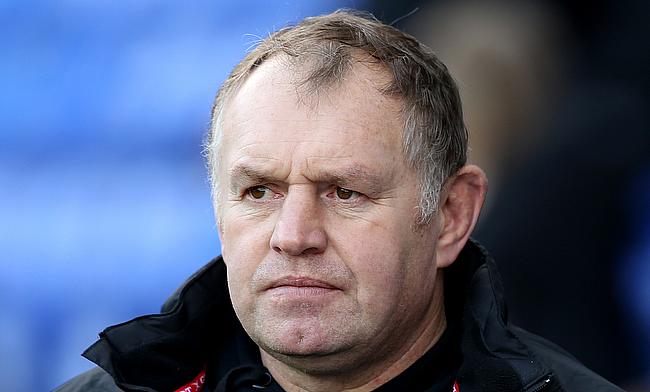 Dean Richards is delighted with the signing of Logovi'i Mulipola
©PA

Newcastle Falcons have confirmed the signing of Samoa international Logovi'i Mulipola from Aviva Premiership rivals Leicester Tigers for the 2018/19 season.

Mulipola joined Leicester Tigers in 2013 and has featured in 15 out of their 20 league games this season and overall has racked up over 100 appearances for the Welford Road unit. After enjoying the Anglo-Welsh Cup title victory with Tigers in 2011/12, he was also part of the squad that clinched the Aviva Premiership in the following season.

"I have enjoyed my time at Leicester Tigers, I’d like to thank the fans for being so supportive towards me and of course I’ll be giving my all for them until the end of the season.

"After that it’s on to the next challenge and becoming part of something big at Newcastle. I’ll be staying in the Premiership, which is great, and it’s all about the hard work I’ll be putting in."

The 31-year-old made his debut for Samoa in 2009 and was also part of the 2011 Rugby World Cup squad. Overall, he has played in 20 Tests with his last appearance coming in November 2016.

"Anyone who has watched the Premiership over the last six or seven years will know what a force of nature Logo is, and it’s great that we have been able to attract a player of such proven standing in the game.

"He brings a very direct ball-carrying threat, he is a very strong scrummager and I certainly wouldn’t want to be running down his channel.

"It is a sign of our growing reputation that we are able to make signings like this, adding a small number of quality players to the outstanding foundation we already have at the club, and Logo is a player who can really help us make the next step as a club."

Newcastle Falcons are currently positioned fourth in the Aviva Premiership table with 13 wins from 20 games.