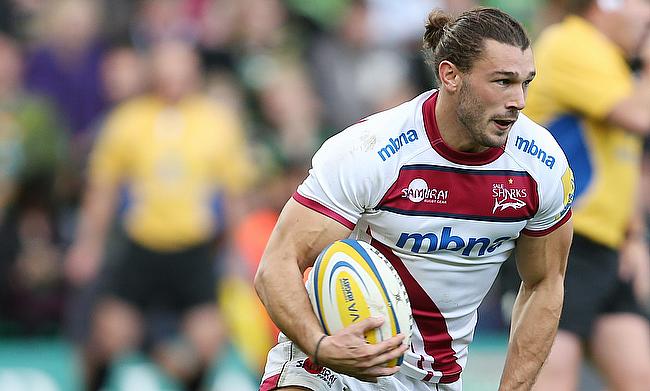 Newcastle Falcons have confirmed the signing of Tom Arscott for the next season.

The 30-year-old made his professional rugby debut for Plymouth Albion in 2005 and was part of Bristol Rugby, Worcester Warriors, London Welsh, Sale Sharks and Yorkshire Carnegie in the last 10 years. Overall, he has made 104 appearances in the Premiership, scoring 29 tries in it.

With his contract with Sale Sharks terminated following an investigation on him leaking a confidential team information to Bristol, Arscott said he was determined to return back to Premiership and prove a point in the top tier.

"It’s a league I always wanted to return to, and I feel I have something to offer Newcastle," said Arscott, who joins from French club Rouen.

"With the way things were left at Sale Sharks I was desperate to get the opportunity come back to the Premiership and prove myself a little bit, and thankfully Dean has given me that chance.

"Newcastle are having an awesome season on the back of an encouraging one the year before, the club is going in the right direction and I’ve enjoyed watching their games on the TV from over in France.

"The players who have been brought in and retained over the last three or four years firmly suggest that this is a club doing the right things, and that was a massive attraction. I’m ambitious, I want to push myself with some of the best back three players in the Premiership and I’m looking forward to getting started.

"With the way things finished up at Sale it was good to get away from the UK and just put things to one side, but I’ve been desperate to come back.

"It has been bittersweet in the sense that Rouen has been great and I’ve enjoyed my time there, but I always knew the Premiership was where I really wanted to be. I’m desperate to be in that environment, I have a massive hunger within me to prove myself here and I know I’ll be alongside great players.

"I can learn a huge amount from the guys who are here, I feel I also have a bit to pass on to some of the guys and overall it’s just a move which feels right. I’m joining a club who are doing the right things and it’s also a lovely part of the world."

Newcastle Falcons director of rugby Dean Richards is confident that the experience of Arscott will prove beneficial to the club.

"Tom is a proven performer at Premiership level over a long period of time, he knows his way to the try-line and he suits the way we want to play.

"Whether that be at wing, full-back or even outside centre doesn’t matter, but it’s great news for the club that we have been able to bring him on board."

Newcastle Falcons are currently positioned fourth in the Aviva Premiership with 13 wins from 20 games.