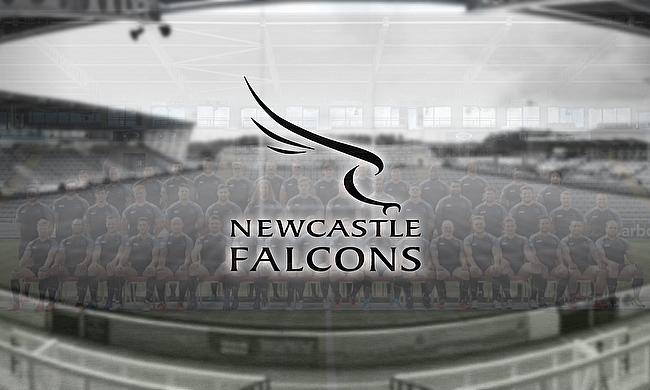 TRU's Joe Harvey talks us through Newcastle's brilliant season in the Aviva Premiership as the Falcons eye a play-off place.

Despite having slipped out of the play-off spaces last weekend, Newcastle Falcons have still had an absolutely brilliant season. The north-east side is on course to finish in the top six for the first time in sixteen years when the club finished sixth in the league.

The season started with optimism from the fans. The signing of Josh Matavesi, D.T.H van der Merwe, Maxime Mermoz and the return of Toby Flood all added attacking options in the backs, whilst no big signings had been made to beef out the forwards.

The club left September with an impressive four out of five wins, with their only loss coming in the clubs first home game to be played outside of Kingston Park. The game in Philadelphia was a hot and slippery affair that saw Saracens run out convincing winners at the Talen Energy Stadium.

It was in December that the club really hit their stride as they won each of their games that month in all competitions. It was at this time also that Toby Flood started finding his form for Falcons, so many years after he left.

The New Year started just as Falcons’ would have liked as they clinched a convincing 28-20 victory over reigning champions Exeter at Kingston Park on their opening fixture of 2018.

A loss to Saracens in early February was the clubs only blip in league form. Away wins at the Stoop and a last minute win at Kingsholm will undoubtedly be memorable moments of the season.

The highlight of the year will surely be The Big One at Newcastle United’s St James’ Park. The event drew a crowd of 30,174 fans to the ground and they were treated to Goneva’s Alan Shearer celebration and former Newcastle United ball boy Toby Flood kicking 20 out of the Falcons 25 points that evening.

The try was good, but what about that celebration! ??

Doddie Weir’s involvement in the event was a touch of class from Falcons. Main sponsors, Greene King IPA, stood aside to let the My Name’5 Doddie Foundation take centre-stage on the limited edition Black and White shirt that mirrored their footballing counter-parts.

So, why after so many years of mediocrity have Falcons finally come good? We asked Falcons’ photographer Chris Lishman: “Having been involved at Newcastle Falcons since the Championship winning year, I have witnessed the immense improvements being made at Kingston Park, both on and off the field, albeit through the club photographers’ lens!”

“In Dean Richards’ first season in charge it was very evident that different factions at the club were pulling in different directions, however it was clear to me at the time that with Dean Richards at the helm, the club was destined for improvement over the coming years.”

According to Chris, Dean Richards has a “no-nonsense approach” that would always reap its rewards. This can be seen in Falcons forward pack. None of their forwards are house-hold names. Will Welch captains the side silently but effectively. Guy Graham often lines up at openside flanker and has been in Eddie Jones’ sights as a potential player since the Autumn internationals.

Astute signings like Trevor Davison and Ryan Burrows may not have come to Kingston Park with a plethora of European experience, neither had even played in the Premiership. Davison came from nearby Blaydon where in his final season with the club, they were relegated to National 2 North.

It hasn’t always been plain sailing. Crucial injuries to experienced England prop David Wilson has meant that he has missed a good chunk of the season so far. Tevita Cavubati has missed a lot of the season due to injury. The Fijian lock not having the impact that he would have liked in his short time at the club so far.

Some of the Geordie’s top performers have been from the Pacific Islanders. Sinoti Sinoti, Vereniki Goneva, Nili Latu and Josh Matavesi being key examples of this. The players appear to get on well off the field, which must be due to them all being so far from their homelands.

Goneva is regarded as the clubs best player by the likes of Andy Goode and Jim Hamilton on The Rugby Pod. Sinoti Sinoti has provided one of the standout moments of the season, when against Exeter he used his dazzling footwork to fool James Short from some distance away.

A factor that is easy for Falcons to brush under the carpet due to their success is the players who have left the club midway through the season. Opeti Fonua left to rejoin SU Agen in France, Harrison Orr the promising forward left to return to his native Australia and the newly formed Western Force, back Belisario Agulla retired from the game despite several outings this season and finally D.T.H. van der Merwe left the club in order to rejoin Glasgow where he was so successful in his first spell.

This can be attributed to Falcons’ competition for places and that the academy players are putting their hands up too. In their quarter-final victory over Brive, young wingers Adam Radwan and Zach Kibirige ran riot over the Top 14 side.

A good amount of Falcons’ senior squad have come through the academy where Mark Laycock and James Ponton have developed the likes of Mark Wilson and Will Welch who have now represented England and captained the club. More recently, Callum Chick and young lock Will Witty have gone on to represent the club following the guidance of the academy coaches.

Also Falcons aren’t afraid to sign players who are virtually unknown. They picked up Santiago Socino from Hull Ionians before developing him into a hooker at Darlington Mowden Park. Gary Graham moved to Newcastle from Jersey Reds having previously played at Gala RFC and Carlisle RFC. Graham’s younger brother, Guy, will join Newcastle in the summer from Hawick RFC on the Scottish borders.

The teams have been named for tomorrow night's unmissable northern 'derby' against Sale Sharks at Kingston Park Stadium (7.45pm, tickets still available). Find out who's in and who's out https://t.co/kJILOwsDhQ pic.twitter.com/yTN5FfKyH0

The clubs surprise loss to Worcester meant that Leicester Tigers were able to leapfrog both Newcastle and Wasps and it leaves them just one point off Sale Sharks who are in sixth. The journey to the play-offs isn’t plain sailing either, facing Sale at Kingston Park, Leicester at Welford Road and Wasps on the final day of the season at home.

Falcons fans will be watching with baited breath and understandably so. The worst thing that will probably happen is that the club will finish in the Champions Cup spot, but no lower than that. A salivating prospect as Newcastle will be the host of 2019’s finale of both the Challenge and Champions Cup.