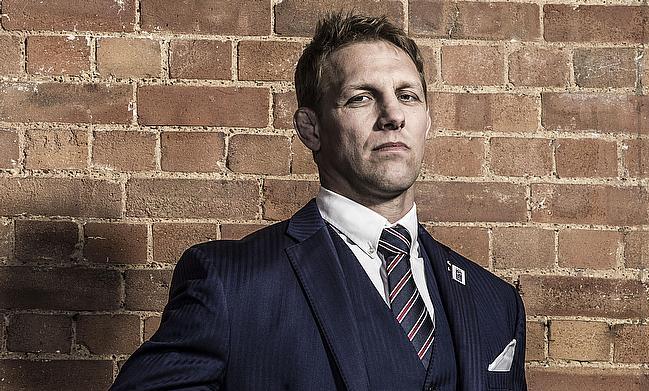 One of rugby’s most compelling modern rivalries will resume this weekend when Exeter Chiefs face Saracens.

It has been almost two years since these heavyweights of the English club game last locked horns at Sandy Park, but the long-awaited return of this fixture is now upon us so expect nothing less than a fiery contest in front of a vociferous Devonshire crowd on Saturday afternoon.

It is a duel which has dominated the recent Premiership landscape, but 24 hours later in the East Midlands, will we witness the beginning of a new battle for superiority in the top-flight?

Last season was a campaign immortalised by the scintillating performances of Harlequins as the club celebrated their first title for nine years after beating Exeter in a thrilling final at Twickenham.

With the Chiefs out to regain their crown and five-time winners Saracens back in the big time, Quins may have seen these two sides as their main challengers but as we head into the final round of fixtures before the European window, they are instead hunting down the Premiership’s most successful club.

Leicester Tigers currently sit top of the tree having won all eight of their matches. Transformed from a team which was seemingly disjointed, Steve Borthwick has built a unit that now contains the hallmarks of successful Tigers sides of yesteryear mixed together with youthful exuberance and talent.

“It is an exciting time,” Leicester legend Lewis Moody tells TRU. “I think Leicester can go all the way, but we have to remember that Premiership’s are won in their last four weeks and they are definitely won on the other side of Christmas.

“What you have done prior to Christmas is really just a stepping stone to put you in a good place to progress to the final.”

Moody knows all about the ‘stepping stones’ which lead to silverware. The World Cup winner lifted the Premiership trophy on no less than seven occasions during his 14 year-career at Mattioli Woods Welford Road, along with two European Cups.

His list of honours speaks for itself, but after a few tumultuous years for Leicester where the club were fighting towards the wrong end of the table, there is a belief within Tigers circles that the good times are on their way back.

Part of the reason for this bubbling optimism is down to the operation which Borthwick has created and shaped at the club. After holding notable coaching positions with Japan and England under Eddie Jones, the 42-year-old officially took over the reins at Leicester in the summer of 2020.

Borthwick knew the size of the task he was taking on, but in the space of 18 months, he has turned one of English club rugby’s most decorated teams into serious title challengers again.

“I think one thing you can say about Steve is that he was designed to be a coach,” Moody says. “I remember when he was doing line-outs [when both played for England], the amount of detail and meticulous planning that he went into as a player, preparing his forwards to be ready for the line-out, you just knew he was going to take to coaching.

“What I think he has done really well is, and what I think Clive [Woodward] did as an England coach really well was bring in people where he had knowledge gaps or where he didn’t have the expertise.

And within the players and coaching group - as well as off the pitch - there seems to be a real sense of unity again at Mattioli Woods Welford Road.

Perhaps this is encapsulated by Will Findlay, one of Leicester’s strength and conditioning coaches, who has recently completed 30 half marathons in 30 days to raise money and awareness for a cause close to his club.

Tiffany, the wife of former Tigers captain Tom Youngs, is battling a serious illness and Will’s efforts across November to show his support for the family have raised nearly £30,000.

There are so many people to thank. I will get around everyone, in time.

However, these guys have been huge for me to talk to, on the good and slightly tougher days.

Nearly £29,000. The support continues for the Youngs?? pic.twitter.com/ItkIWimhT2

Despite all Moody has achieved in the game, he was unsurprisingly in awe of Will and added: “Things like that can unite a team, right?”

The heart and soul of Leicester seems to be at the forefront of everything they are doing at present and Moody thinks this is also epitomised by Ellis Genge taking on the responsibility of the club’s new skipper this season.

“Tom Youngs has been a stalwart of Leicester for a long time and has given everything to the club,” Moody adds.

“I think him stepping away was a real sadness, but obviously for the right reasons. It has afforded Ellis Genge an opportunity to step into his shoes and again, a little bit like Tom, he is passion when he plays. He is confrontation, and he is emotion and it is inspiring.

“I would have enjoyed playing with him or alongside him because I think he sort of instils that aura which rubs off on you, a little bit like Martin Johnson [one of Moody’s captains at Leicester] without comparing the two directly, but they both have that aura about them.

“Everything about Ellis I like as I did Tom Youngs. I think they both embody the club that is Leicester. They are hard, tenacious, down to earth. They say it as it is and they are passionate and committed. Maybe there should be a bit of flair in there, but there isn’t! It is Leicester. We love playing our way.”

Someone who helps trigger and implement Borthwick’s philosophy is fly-half George Ford. He has been central to the huge strides Leicester have taken this term, but the England international - who is in the final year of his contract with the Tigers - will be leaving Mattioli Woods Welford Road at the end of the season to join Sale Sharks.

Reports this week suggest South Africa’s World Cup winning fly-half Handre Pollard is set to move to the East Midlands, but before Ford’s replacement arrives at Leicester, Moody feels the current No.10 will want to end his second spell with the club on a high.

“I remember when George came through as a 16-year-old,” Moody says. “He was the same size as he is now and he, as a 16-year-old, was just absolutely remarkable. It was like, ‘crikey, this kid is going to be talented.’

“I was surprised to hear he was leaving, but he is not exactly going into the unknown by moving to the North West.

“He is a professional sportsman and very professional at that. I have no doubt in mind that he will be solely focused on his job at hand. Of course, he will want to make sure the things are place for when he does move, but his playing role and responsibility is also proving to Sale that they are getting a quality player.

“I remember leaving Leicester and moving to Bath. That decision was made around a similar time to now and all I remember thinking was, ‘I really want to prove how good I am as a player so that my club are excited when I come over.’

“We ended up playing Bath in one of the last games of the season and I made a try-saving tackle which hopefully made them think they had made the right decision. If I had missed that and they’d scored, they might have been thinking something different!”

Whilst he might be out of favour with England, Ford remains integral to Borthwick’s team and he will be a key figure when the Tigers host Harlequins on Sunday afternoon.

Leicester have already swatted aside the likes of Exeter, Saracens and local rivals Northampton Saints this season, but defeating the current Premiership champions Harlequins - who currently sit third in the table - would provide them with a huge psychological edge going into the new year.

And Moody, who cherishes the colossal top of the table clashes he experienced at Mattioli Woods Welford Road, can’t wait to see whether this particular battle can spark a new rivalry in the Premiership.

“Sometimes when you are unbeaten, it can linger over you like a bad smell actually, but there is absolutely no doubt in my mind that Leicester will be focusing on this game against Quins,” Moody says.

“They will be thinking here is the shiny, new, all singing all dancing rugby team which everyone loves with Marcus Smith the new heralded fly-half in each game. They are playing this truly, gorgeous style of rugby that everyone is raving about, but Leicester will enjoy nothing more than to nil them on the scoresheet or the tryline and in fact, I wouldn’t be surprised if stopping them scoring a try would be Leicester’s focus.

“At Welford Road, beating them would be an enormous stamp of authority for them in terms of who is bossing the league this year. Yes, Quins may have had it last year, but this year, it feels like there is a new boss in town.”

BT Sport is the home of Gallagher Premiership Rugby. The 2021/22 season continues with a weekend full of games, including Leicester Tigers v Harlequins live on BT Sport 2 at 2pm on Sunday 5th December. Find out more information on how to watch at BT Sport bt.com/sport