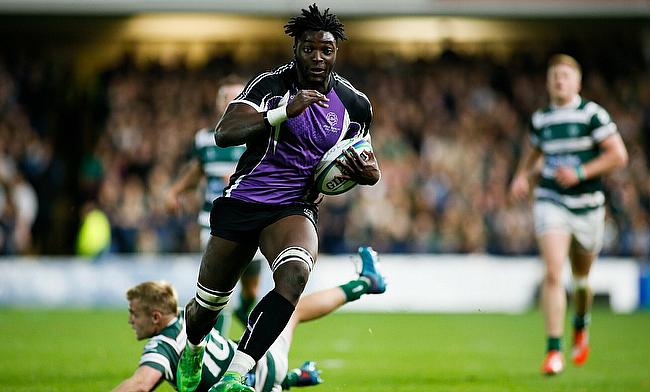 BUCS Super Rugby Half-Term Report: How things stand heading into 2019
Exeter secure win against Cardiff Met to top the tree at Christmas
I don't think I would be where I am if I hadn't been at Loughborough - Miller
Derby delight for Cardiff Met as Archers go to the summit

John Okafor has set his sights on helping Leeds Beckett kick on in the second half of the BUCS Super Rugby season.

The towering lock admits Beckett have “turned a corner” since the beginning of the campaign as Kerry Wood’s side ended 2018 with back to back wins against the University of Bath and Loughborough University, respectively.

However, Okafor insists they still have work to do when the league resumes in three weeks time.

Beckett face Nottingham Trent University in the first BUCS Super Rugby fixture of the year and the Yorkshire outfit currently sit seventh in the table as things stand, with four victories to their name.

“I can only do what I can,” said Okafor. “I am pleased with how my first half of the season went, but if we are not winning, that means there is more for me to do.

“If it means I need to make an extra five tackles or take a few more carries, then that has to be the case. I need to look to see what else I need to do to help the team win.

“From how we started the season to how we finished, I think we have really turned a corner. We have had a few games which we have narrowly lost and that was quite heart-breaking, but sometimes you have to say you don’t need to reinvent the wheel.

“That mindset led to us gaining two back to back 40-point wins against two decent sides before Christmas. I think we have found a formula which works now and we are improving. Two or three wins on the bounce can see you jump up the table, but there is still work to be done.”

After being released by Harlequins following just one senior season with the club, Okafor joined Leeds Beckett in September to combine a degree in Economics & Finance with a high quality of rugby.

It has been a smooth transition for Okafor from London to Yorkshire and he believes moving to Leeds was a sensible option.

“After I got released it was tough because I had some good times there, but there were offers on the table and Leeds Beckett came through,” he added.

“Again, knowing how short a rugby career is, I thought I could still put myself in the shop window playing good level rugby. Boys are still getting picked up on a yearly basis whilst getting a degree so it was about having that second option in case an injury happens or rugby just doesn’t work out.

“You just have to look at how well Alex Dombrandt has done at Harlequins. If Alex and others are doing well, clubs are going to keep looking at university rugby as a legitimate pathway.”

During his time with Quins, Okafor won the U18 Premiership title in 2016/17 where he played a prominent role alongside the likes of Marcus Smith.

However, Okafor actually began his sporting journey by playing basketball and he feels his past experiences have only helped aid his development in rugby.

“It is not a common route, but for me personally, the skillset from basketball was quite interchangeable,” he said.

“In rugby, you catch and pass and find space. With me being a second row/ back row, you tend to jump a lot because you are a primary line-out option! The transition has been quite seamless without any hitches.”

Okafor’s attention is now fully on Leeds Beckett. He has been one of the club’s standout performers this season and they will be hoping the 20-year-old can have a similar impact in the remainder of the campaign.

Since winning the BUCS Championship crown in 2015, Beckett have failed to make it past the quarter-finals of the knockout competition in each of the last two seasons and after a small period without success, Okafor admits Beckett are now targeting a return to Twickenham.

“Given our results, many people may think we are inconsistent, but we know where we can go. If we can get a couple of wins on the bounce and shoot up the table, we can take that form into the play-offs. You then aim for Twickenham so we will see what happens!”