Lear hopes the Harlequins can be Kings in Dubai 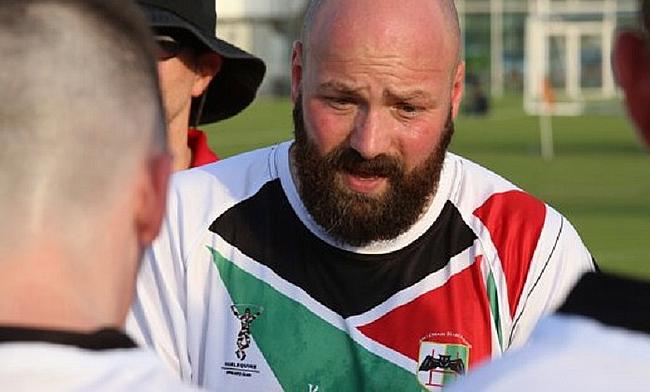 Wilson-Hardy: We have been chomping at the bit to get out there
World Seven Series: Dubai Preview
'Keys to the kingdom are through Sevens' - Friday
From Dubai to Tokyo - The Sevens season clicks into gear

Niall Lear grew up in Scotland, but now he is making his mark in the UAE as director of rugby with Abu Dhabi Harlequins.

And this week he is at the Dubai Sevens with numerous Harlequins men’s players delighted to be back at the iconic ‘The Sevens’ ground where they lifted the UAE Premiership title back in March with a win over Jebel Ali Dragons in the final.

In the coming days, the club will have various men’s, women’s and vets team playing in a number of the different events below the top level HSBC World Rugby Sevens Series competitions.

“The season here is split into two, we have recently had a league shutdown to allow all local teams the time to prepare for the Dubai Sevens which is massive over here,” Lear, told TRU.

“For me, the aims are simple for the next few months: do well in the Dubai Sevens events that we are in and get into the semi-final play-offs in the [West Asia Premiership] league and win the final.

The first leg of the @WorldRugby7s gets underway on Thursday and @joeharvey34 has previewed all the action. #Dubai7s?? https://t.co/2Gn1ko61k3 pic.twitter.com/BeMTAWwSeD

“A while back I had been chatting to an old friend who was the Bahrain coach at the time, Louie Tonkin. He had been telling me how much he had enjoyed his time over this way and through word of mouth I was put in touch with the chairman at Quins.

“I guess there was the element of being in the right place at the right time, but it was all worked out pretty quickly and soon I was heading over as director of rugby.

“I’m in charge of both the junior and senior sections of the club so I oversee everything in terms of on and off the pitch. The club has 700 playing members from under-5s through to first XV so it’s been a pretty intense start.

“In these first few months I've been spending time just seeing how the club works, looking into how everything comes together and trying to add a few changes here and there.

“We are in a country where rugby is growing, but is not the number one or two sport so we have to create something special, especially in the junior section where kids will go home to their parents after sessions and tell them and their friends how great it was.

“We are trying to create a real buzz about rugby in Abu Dhabi. To that end, we have started running monthly coach education sessions with the key goal being sharing the good practice that's going on in coaching sessions throughout the club.”

“I have real fond memories of youth rugby”

Growing up in Glasgow, Lear began playing rugby, like many of us, at a young age - “it was just a case of getting to run around and having different groups of friends” - and it became more serious in his teens.

“We used to play school rugby on a Saturday morning and then most weekends we would have a second game on the Sunday for our club side [Glasgow Hawks] so that kept us occupied,” he stated.

“You were playing with different people who had different skill sets and were hearing different coaching voices all of the time. I have real fond memories of that time and that's essentially when I started to really like rugby.”

New for 2019/20 season: The Hansard / Union Mini & Youth Player of the Month Trophy. Each month, the trophy is won and then passed to another age group. The next age group will choose their player - and so on - until the end of the season. pic.twitter.com/bT67USJodh

After playing for Scottish Schools at representative level, Lear - predominantly a winger - earned a scholarship to Loughborough University and enjoyed his time there before he moved down to London and played for two years at Rosslyn Park.

A move to Ireland playing for the Buccaneers was next and then a spell playing in Italy in Sardinia before moving home to Scotland to start teaching.

“When I was teaching I began playing for Falkirk and I think the best thing for me from my playing career has been the friends and memories that were made in the various places and rugby clubs,” he said.

“Coaching is all about being player centred”

Whilst at Falkirk and his playing days were winding down, Lear started to get more involved with coaching and he and Kris Burney had a pretty successful three years.

Lear then moved to Edinburgh to work at Merchiston Castle School and he coached rugby there and at Currie Chieftains, learning from some experienced coaches in both places.

“Coaching is all about being player centred - one of the most important things for me is being able to have a relationship with your players,” Lear explained.

“It is working out what makes everyone tick and trying to get the most from them both on and off the field. The players need to be able to approach me and know that when they do, they will get transparency and honesty from me.

“I think creating an environment where as players and coaches we question and challenge each other is paramount to growing as a team and club.

“As a coach you have to have a real depth of knowledge about every facet of the game, I’m learning every day.

“I try to see different people coach and learn as much as I can from any source, I think that journey to continually improve yourself is important.

“The further I have moved into coaching the more I have realised it’s about keeping things simple, it isn't about reinventing the wheel, but more about how you articulate something and transition from one thing to another. The key is then being able to add detail to what you do.”

The Dubai Rugby Sevens 2019 runs from Thursday until Saturday.