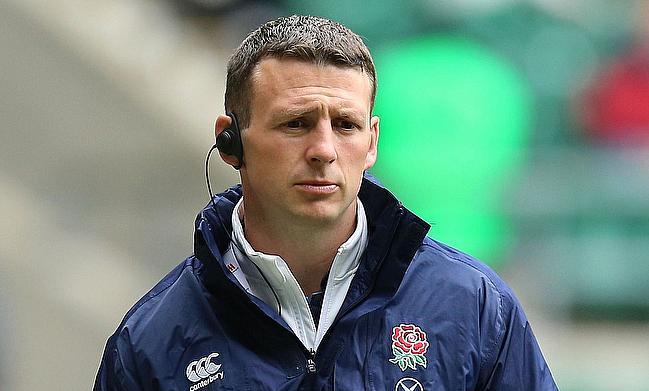 It would be fair to say that Simon Amor’s passion for the game may never diminish.

When watching him prowl the touchline, the former scrum-half often nearly collides with the touch judge and bounds after balls that go out of play close to his technical area.

At the Athlete Factory Sevens in Chester, Amor acted partly as a ball boy when players found themselves unable to resume play. Leaping over fencing and kicking the ball as precisely as when he played, it is easy to see why Amor has achieved what he has in Sevens.

Leading Great Britain to a silver medal in Rio De Janeiro in 2016 was no doubt the highlight, with Team GB having announced in November that Amor will do the Red, Blue and White next year in Tokyo as head coach of the men’s side, with former player Charlie Hayter taking charge of the women’s side too.

“Going to Rio and that whole experience, working with Scotland and Wales, the players and the staff, it was just the most amazing eleven weeks,” Amor started. “This time round it is going to be even more challenging because we have got only four weeks from when the World Series finishes, to when the squad has got to be named.

“It’s going to be really tough. At the moment we don’t have any real competitions to play Great Britain in, so we are trying to solve that one. It is never great to go to an Olympics when you haven’t played together before, but it in an amazing opportunity and there are some really special players.”

Congratulations to Simon Amor who has been named head coach of @TeamGB men's sevens for #Tokyo2020 ??????

Finishing fifth on the World Series last season, England’s highest finishes were in Dubai, Sydney and Singapore when they claimed third place.

The side was marred with injury throughout last season, with veteran campaigners Tom Mitchell, Dan Bibby and Rich De Carpentier often unavailable for selection.

As a result, Amor’s selections got progressively younger as the Series went on, with the team for the Paris Sevens containing several teenagers. At times this summer, Amor only had seven players available for training as was the severity of the injury crisis.

It was a young England side in Colomiers that guaranteed Great Britain qualification for the Olympics in July. Beating France in the final of the Rugby Europe qualification event, Amor had nothing but praise for the young players that have stepped up to the plate for their country.

“What you’re trying to do with all the teams right now, with how competitive the World Series is, is build the depth of your talent pool,” he said. “There’s nothing better as a coach in my position than having all these young guys knocking on doors and pushing for more opportunities."

One player in particular that has stood up is Tom Emery. Part of the Northampton Saints Academy until his release earlier this year, Emery was snapped up by Amor and the England Sevens set-up.

Installed into the side for the London Sevens, Emery proved to be a vital cog for England I n their quest for Olympic Qualification after captain and playmaker Tom Mitchell was injured.

Also ICYMI....@joeharvey34 was in Colomiers last weekend as England ensured Team GB's qualifcation for the 2020 Olympic Games in Tokyo.

Here's his chat with Simor Amor and Harry Glover??https://t.co/9ku8UCfqLT pic.twitter.com/whAjrPshKX

“I actually first saw Tom playing in the Rosslyn Park Sevens when he was at school and I was keen to get him involved with the programme back then,” Amor said.“I think he’s a super player, a super talent. He can run, he can pass, he can kick, he can step, he can tackle. He can do it all and he’s a really lovely guy, so we have huge hopes for him as a player.”

Such was the extent of England’s injury issues, Amor was forced into wholesale changes for the final leg of the World Series in Paris. Finishing 14th at the London Sevens, Amor called up 19-year-old Api Bavadra from Bishop Burton College, Chris Cook from Bath and England U20s wing Ollie Hassell-Collins. Finishing 12th in Paris, it became clear how decimating England’s injuries had become.

With the opening leg of the new World Series coming up this weekend in Dubai, it is surprising to learn that England have never topped the competition. Concluding the 2018/19 season in fifth spot, Amor’s side have never finished higher than second place (2017) in the last 10 years.

In the same pool as South Africa, Spain and Kenya, England’s return to the World Series is unlikely to be an easy one. Spain were the most improved team last term, playing admirably at the Olympic Qualifiers in July.

Regardless of how Amor’s England performs on the World Series this year, there is a greater prize at the end of it. The Olympic Games is ultimately the ambition of each player and coach playing sevens, with Amor being in the unique position of having to organise and appease three separate unions.