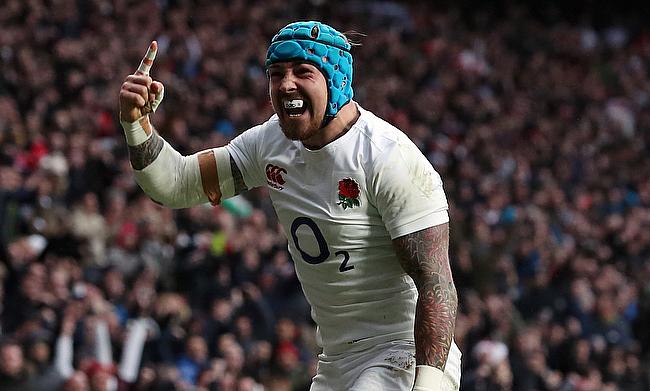 England scored five tries in the second half as they overcame Italy with a 36-15 win in the Six Nations encounter at Twickenham Stadium on Sunday to stretch their winning streak to 17 games.

It was Italy, who had a lead of 5-10 at half-time and their tactics at breakdown surprised and shocked most around including England boss Eddie Jones.

The bonus point victory has taken England to 13 points from three matches while Italy languish at the bottom of the table after losing all their three games.

With Italy not committing any men to the breakdown beyond the initial tackler, there was no ruck formed leaving off-side irrelevant. England looked sloppy to begin with handing penalties to Italy at scrum and breakdown but the visitors aimed for the corner repeatedly.

Dan Cole finally scored the opening point of the game when he went past the line in the 23rd minute but Italy bounced back nine minutes later when fly-half Tommaso Allan contributed with a drop goal and at the stroke of half-time, Giovanbattista Venditti crossed over for the visitors and the conversion meant, Conor O'Shea's men had a lead of 5-10 heading into the second half.

However, the second half of the game saw England showing a better intent after Danny Care and Elliot Daly danced past the post with Owen Farrell, who is on his 50th appearance for the red rose team added a conversion on one occasion.

But, once again Italy came back strong through Exeter Chiefs centre Michele Campagnaro with his 59th minute as the scores were 17-15 in favour of the hosts heading into the final quarter.

Jones' men ensured they stepped up the accelerator further in the final 11 minutes when Jack Nowell scored two tries sandwiched between a touchdown from Ben Te'o as England completed a 36-15 bonus point win at Twickenham.