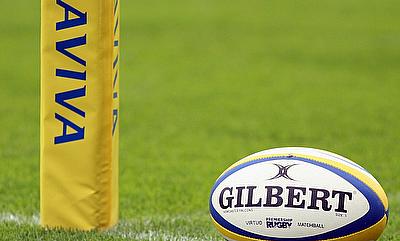 Bristol will be relegated to RFU Championship next season
©PA

Bristol prop James Hall has announced that he will take a break away from the game at the end of the ongoing season in order to recover from a knee injury.

The 30-year-old's professional rugby career started with Waterloo R.F.C in 2006 and joined Coventry R.F.C. three years later. He also represented Northampton Saints between 2010 and 2013 before switching to Bristol.

Hall will undergo a surgery on his knee in summer and during the rehabilitation phase he wants to work with academies having completed a RFU Level Three coaching qualification this season.

“I’ve had a few injuries to my knee, and, while it’s been managed well until the end of the season, it’s got to the point where I need an operation to correct the issue and be able to continue playing in future,” said Hall.

“I’m going to take a break from professional rugby, but I want to be as proactive as possible and continue developing, even if I’m not on the field.

“I’ve completed my RFU Level Three coaching badge this season, as well as working with the academy and UWE rugby set-ups.

“Coaching is something that I really enjoy and I have been fortunate enough to coach Broad Plain – a great local club – too.

“Through the RPA, I gained a level three personal training award. I’m also going to explore that further next year, working with athletes who wish to develop themselves and move into the professional environment.”

Having played just five games this season for Bristol which included four matches in Anglo-Welsh Cup, Hall also assured that he will return back to the game on successful recovery from the injury and thanked the Ashton Gate outfit for the extended support.

“I do feel as though I have unfinished business as a player, and that I can definitely have a positive impact on the field, so ultimately my ambition is to get back to playing once I’m back to full fitness,” he said.

“I can’t thank Bristol Rugby enough – they have been fantastic with me. It’s a great place to be a part of and I’ll be sad to leave. It’s been an honour to represent the city and to work alongside some excellent people. I’m going to stay in Bristol with my family, so will continue to be a supporter of the club.”