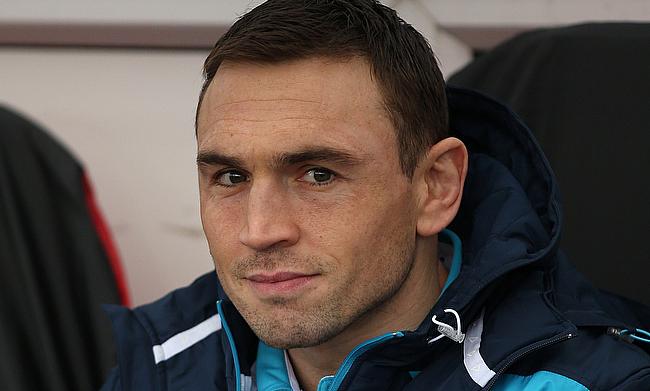 Leicester Tigers have announced that Kevin Sinfield will join the club as defence coach ahead of the 2021/22 season.

Sinfield has vast experience in rugby league having played over 500 times for Leeds Rhinos in a career spanned around 18 years. He became the first Leeds captain to lift the World Club Challenge when the Rhinos beat the Bulldogs in 2005 and led them to a hat-trick of Grand Final wins (2007, 2008 and 2009) and holds the record for scoring in 52 consecutive Super League games.

The 40-year-old also played 26 times for England and 14 times for Great Britain and was awarded an MBE in 2014 for services to rugby league. He made a switch to rugby union in 2015 and went on to play for Yorkshire Carnegie before announcing retirement from playing career in April 2016.

Sinfield was appointed Rugby Director of the Rugby Football League in 2016 and helped lead England to the 2017 Rugby League World Cup Final before returning to Rhinos as Director of Rugby the following year.

“I am really looking forward to this new opportunity in my career and the chance to work with Steve Borthwick, his coaching team and the playing group he is building at Leicester Tigers," he told the club's official website.

“It is a big challenge, but one that I know I am ready for and – after speaking with Steve – I am looking forward to joining the club at this stage on its journey and getting to work in Leicester.

“I am delighted to be able to join a huge club like Leicester Tigers with such a great history and supporter base.”

“It is incredible to be welcoming someone of Kevin’s calibre and experience to our club.

“The vast and unique experience that Kevin will bring to our coaching means he is a great addition to our team. He is a serial winner and an inspirational character who possesses the hard-working and tough qualities we want at Leicester Tigers.

“This is an announcement everybody involved with Leicester Tigers should be excited about.”

Leicester Tigers finished the 2020/21 season of Gallagher Premiership at sixth place after managing 11 wins from 22 games.